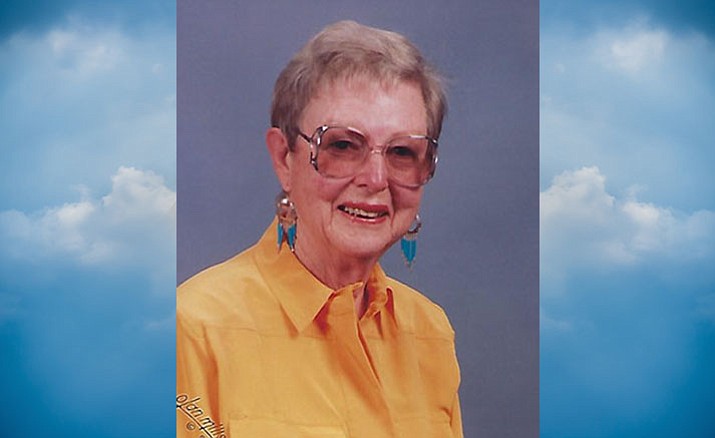 Jan met the love of her life, Jim Cooley, when he was stationed in Susanville for Naval training. They were married six months later in Corpus Christi, Texas, in November 1944. After leaving military service they relocated back to the San Francisco area where Jim graduated from Stanford University. In 1954, they picked up and moved to Redondo Beach, California, where the family lived a full and happy life with children, Jim and Sue. Jan loved being a stay-at-home mom. She was a wonderful cook and homemaker. She loved being involved in the kids’ activities, sports and clubs.

In 1968, the family moved to Canoga Park, California, where Jim continued to work for Hughes Aircraft until retirement in 1986. After traveling around the western United States they decided to move to Prescott, Arizona, to be closer to both of their children. Shortly after arriving in Prescott in 1989 they joined the Trinity Presbyterian Church where many friends were made and activities enjoyed. Jan loved spending time with her children, grandchildren and great grandchildren. Her love and kindness will be missed by family and all the good friends she leaves behind.

Services will be held at Trinity Presbyterian Church, 630 Park Ave., Prescott, Monday, Jan. 23, 2017, at 10 a.m. Condolences may be sent to www.ruffnerwakelin.com.