Chew On This: The Pine Cone offers comfort food, dancing 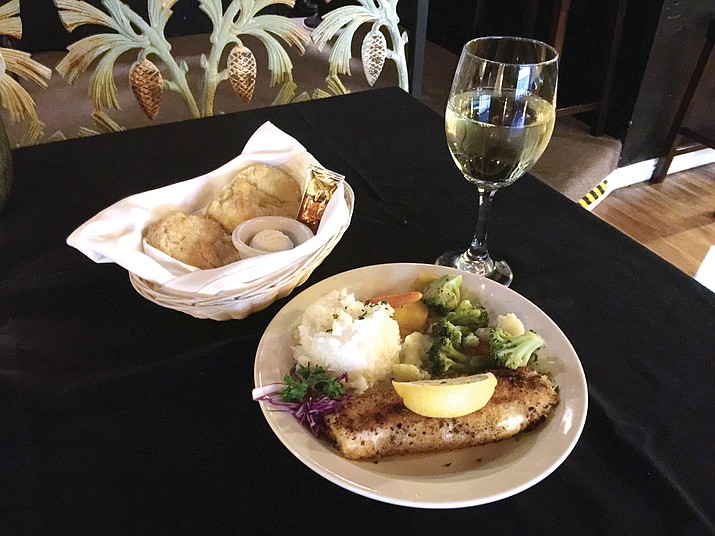 What: The Pine Cone

Diners shake it on the dance floor at The Pine Cone Saturday evening, Feb. 18. 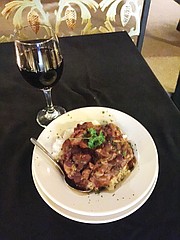 Dave Gaughan is the head chef at The Pine Cone.

Since reopening The Pine Cone Inn under the shortened name The Pine Cone in May 2016, Henry “Tony” Ebarb has maintained two things: his mission statement and the menu.

“Our concept, or what I call our mission statement, has always been about dancing,” Ebarb said. “We wanted to have a place where Baby Boomers and older can dance early and go home early, and be safe.”

Ebarb has continued to push this focus, offering free dance classes every Thursday evening at 4 p.m. taught by local dance instructors. He plans to expand the free classes to Saturday evenings as well.

The menu has also held up, offering a limited selection of comfort food appetizers, entrees and desserts.

Outside of those two aspects, much has changed in the last nine months, including just about the entire staff.

Perhaps most importantly, the head chef was replaced by Dave Gaughan.

Gaughan had worked under the previous head chef for some time and remembers there being a lot of complaints about the food.

“The food has improved so much,” Gaughan said. “We used to get complaints all the time.”

Helping Gaughan out is Joy Lockhart.

“[Joy] is a chef in her own right,” Ebarb said. “Some of the stuff she has made is so spectacular.”

Some of the more popular menu items, Gaughan said, are the baked chicken served with gravy, the red beans and rice served with cayenne pepper, onion, celery and kielbasa sausage, and shrimp scampi sautéed in a garlic butter sauce.

Just recently the chefs have begun offering weekly special entrees on Fridays and Saturdays in addition to the set menu.

Another challenge Ebarb was facing that he now has a grip on is a consistent lineup of live entertainment.

“When we first opened, we had bands coming out of the woodwork,” Ebarb said. “We didn’t know that some of them don’t stick around too long or go for bigger gigs.”

To tackle the issue, he hunted down a few talented local musicians and locked them into contracts for all of 2017. This arrangement makes it so there is guaranteed live music every Thursday, Friday and Saturday night — the only times the restaurant is open.

Ray and Peggy Martinez are regulars at The Pine Cone. On average, they wine, dine and dance at the restaurant about twice a week.

“This is constantly a wonderful place to dance,” Peggy said.

Jim and Karin Bradley are a little newer to the establishment, but it hasn’t taken many visits to feel welcomed and comfortable.

It helps that Ebarb is there just about every night with his wife, dining and dancing with everyone else.

“I meet so many great people there,” Ebarb said.

One thing Ebarb has started doing to engage his customers more is host tours of the historic building’s speakeasy, located in the wine cellar. Every night the restaurant is open, he personally shows patrons through the tight quarters of what used to be an illegal operation.