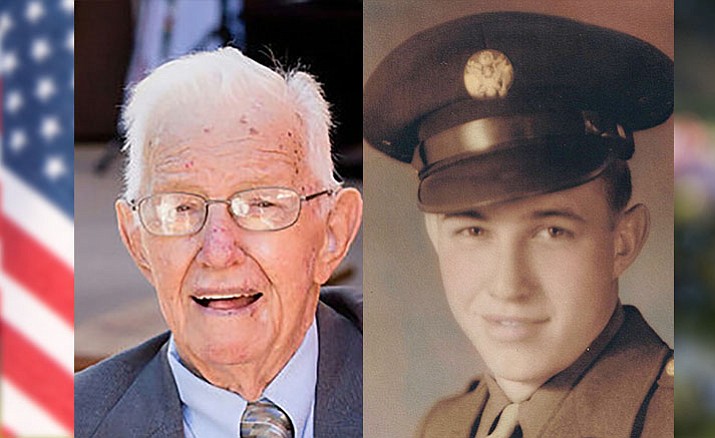 William H. O’Neal Sr., affectionately known by his loved ones as “Papa” passed away peacefully at home surrounded by his family on Feb. 12, 2017, in Prescott, Arizona.

Bill was born on Jan. 15, 1924, in Malvern, Arkansas, the eighth of nine children of Henry and Effie Eskue O’Neal.

He graduated from Malvern High School and joined the Army Air Corps in 1942 serving as a Tech Sergeant in WWII on “Dear Becky,” a B-17 bomber. He was the Flight Engineer and Top Turret Gunner and made over 20 missions in Europe with the 91st Bomb Group, 324 Squadron. Bill was very proud of his service and he shared some of his stories through the “Veterans History Project.” He so enjoyed the awesome experience of going on the Veteran’s Honor Flight trip to Washington, D.C., and his two grandsons were able to accompany him.

Bill met the love of his life, Doris, while they were both working at the ACME Brick Company and were married on Aug. 30, 1947. He later worked for Aerojet, P&G, General Dynamics, and retired from Sears in 1988. In earlier years, Bill was a Deacon in his church and an active Shriner. He particularly enjoyed gardening and woodworking including building many bird houses. He enjoyed watching the birds in their nests and flocking around the feeders.

He was preceded in death by four brothers, Jim, Buck, Bobby and Clarence; and three sisters, Marie Wallis, Ellen Kerfoot and Thelma Eason.

Memorial Services will be held at the Prescott VA Chapel on Thursday, Feb. 23, 2017, at 1:30 p.m., followed by inurnment at the Prescott National Cemetery. In lieu of flowers, please consider donations to the Veteran’s Honor Flight Program at honorflightaz.org in honor of William H. O’Neal.