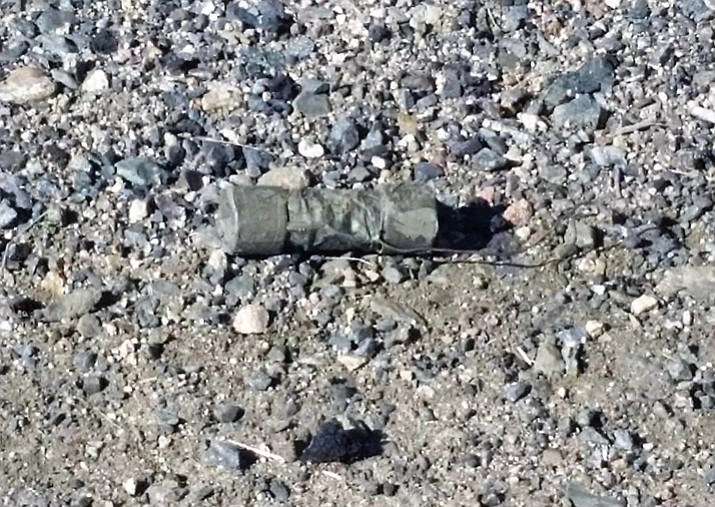 CHINO VALLEY – A device which “appeared” to be a small pipe bomb was spotted at milepost 1 on the shoulder of Outer Loop Road Thursday, Feb. 9, and was dealt with by Department of Public Safety explosives technicians, said Dwight D’Eveyln, Sheriff’s spokesman.

Deputies responded to the area at about 2:30 p.m. after a call from a person picking up litter, and confirmed that the device, with an exposed wire and wrapped with tape, was likely a pipe bomb.

They secured the area and waited for the DPS to arrive from Phoenix.

By 5 p.m., technicians were at the scene, and they struck the 4-inch long pipe with a high-pressured water blast.

“Ultimately, the device did not explode and was rendered safe,” D’Evelyn said.

He added that the device appeared to have been where it was found for some time, but deputies don’t know who might have left it there.