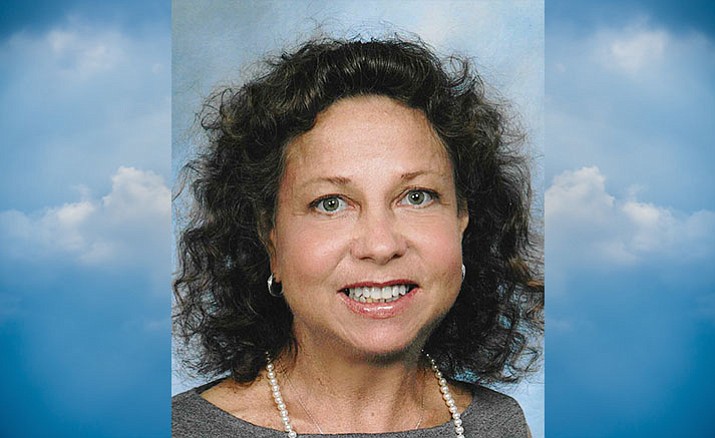 Susan was born and raised in Southern California. Susan attended high school in Santa Barbara, Calif., and earned degrees from Chapman University and the Claremont School of Theology. Susan was ordained in the Disciples of Christ Christian Church in 1993. She moved to Prescott with her husband Dan in 1994. Together they served churches in Prescott, Tucson, and Tempe.

Susan had lived with rheumatoid arthritis for over 50 years. Susan had been raised to overcome her illness and she did just that. Through determination and amazing personal strength she accomplished many of her goals, but also gave herself to others. Through her work in the church Susan helped numerous men and women to learn and grow in their personal faith and lives.

She is survived by her husband Dan; her parents Warren and Patricia; her brothers Art (Coleen) and Tom (Catherine); four nephews; five nieces; and four great nephews.

Susan’s memorial service will be at First United Methodist Church, Phoenix, Arizona, on Feb. 11, at 1 p.m.

In lieu of flowers the family asks that donations be made to the Rev. Susan Root Scholarship Fund at Claremont School of Theology, 1325 North College Avenue, Claremont, California 91711; or in Susan’s name to the Arthritis National Research Foundation, 5354 East 2nd Street, #201, Long Beach, California 90803.