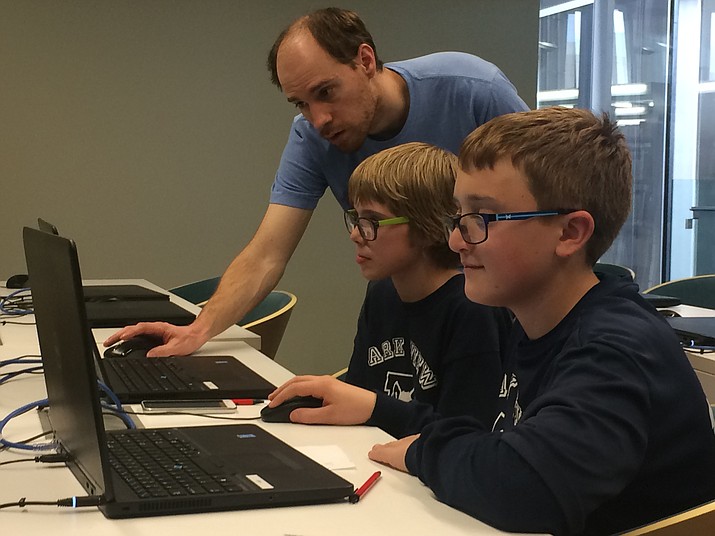 With the Prescott Valley Public Library wanting to offer a coding program for quite some time, when the Arizona State Library offered grants to fund a program for four libraries to start coding clubs, the library saw its chance, said Teen Librarian Shelbie Marks.

“Computer programming is a big field for a lot of different reasons, those are really great 21st century skills that will help in a lot of different ways and that whole field is blossoming,” she said. “So helping to prepare the teens for that kind of field is just another way we can teach another type of skill that they don’t necessarily learn in school.”

The club’s first meeting was on Friday, Feb. 2 from 3:30 to 5 p.m. in the second floor PC Lab and will continue to run every Thursday for the next year, Marks said. Anyone ages 12-18 can join and those who are younger and looking to code can join the Kids Code Club on Fridays from 3 to 4:30 p.m., she said.

Participants don’t need any prior understanding of computer programming at all to join and since the club is in the PC Lab, everyone will have their own laptop, Marks said. They’ll create an account and will have different lessons and projects each week dealing in different types of programs such as Scratch, HTML, CSS and Java, she said.

“They’ll get to learn across the spectrum of different types of coding and computer programming,” Marks said, adding there are levels and points participants can gain for completing tasks.

Marks encouraged those interested to come as often as they can as it’s a good chance to socialize with other teens as well as have everyone helping each other and learning together. At the same time, participants are able to work on and finish their projects at home, she said.

The Code Club isn’t the only new program offered by the Prescott Valley Public Library as it has partnered with the Prescott Public Library for Teens Top 10, Marks said. The Young Adult Library Services Association picks 20 libraries across the country for two years to participate in receiving books from publishers before they are published and look to teens for feedback, she said, mentioning there will be a point system where teens can get points for reading and reviewing books.

“Teens get to read these books that are going to be published just this year and next year as well. They’ll get to read them, enjoy them and get to review them,” Marks said. “Their feedback is very important to both publishers and authors.”