Cell phone bans: What’s happening where & do they work?
Laws that ban phone use while driving present some problems for cops 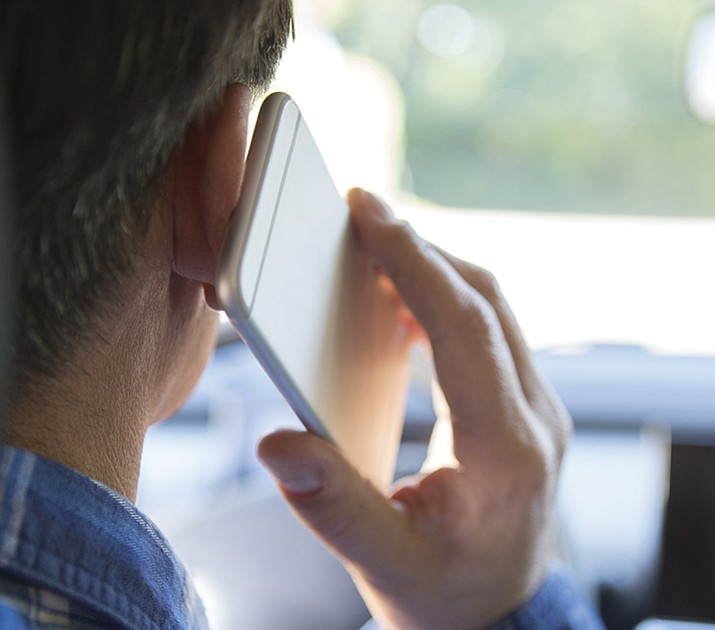 Coconino County instituted a ban on phone use while driving in 2014.

The City of Kingman in 2016 passed a law making it illegal to use a phone while driving.

It’s against the law to use a phone while driving — or riding a bicycle — in San Luis.

Phoenix, Tucson, and Flagstaff have laws against texting specifically, Tempe’s law makes “distracted driving” illegal, meaning that drivers can use their phones, but if they drive erratically, they can be ticketed.

The federal government now says that cell phone use has surpassed drunk driving as the No. 1 cause of crashes in the U.S.

That’s why 14 states, the District of Columbia, Puerto Rico, Guam and the U.S. Virgin Islands prohibit all drivers from using hand-held cell phones while driving, and 37 states and D.C. ban all cell phone use by novice or teen drivers.

However, the state of Arizona is not in any of those categories, although a state law prohibits school bus drivers from using phones while behind the wheel.

Kingman Deputy Chief of Police Rusty Cooper said gauging the effect of the ban is difficult.

“We have no way to really measure that,” he said, although his department did issue 515 written warnings and 14 citations last year for cell phone use while driving.

“I really can’t give you any anecdotal evidence to say it’s decreased our accidents,” he continued. “I have to assume that – because that’s a significant amount of written warnings – it had to have some positive effect on crashes that may have been avoided.”

The Kingman ban is primary enforcement, meaning that an officer who sees a driver on the phone can stop him for that offense alone.

But there are other factors in play, Cooper said.

Kingman sits at the crossroads of several highways, and he said it doesn’t seem fair to ticket out-of-town drivers who are passing through while using their phones.

“We’re trying to be reasonable” and establish whether the driver would know about the ban, he said.

Then there’s manpower. Cooper said he has fewer officers than 10 years ago, but calls for service continue to increase.

“The priority is handling our calls for service,” he said, and an officer responding to one “may see somebody on the phone, but I would not expect him to divert from the call they’re going to, to stop somebody.”

Commander Rex Gilliland of the Coconino County Sheriff’s Office said his agency has yet to issue a single citation for driving while using a cell phone. “It’s hard for an officer out in the field, when they see someone drive by, they may have an object in their hand, but it’s hard to prove what it is,” he said, “and if they don’t have that object in their hand (when they’re stopped by law enforcement), it’s a little tough to prove a violation.”

Gilliland said there are other laws that cover violations that lead to traffic crashes, such as one that prohibits following too closely, or speeding, and “they’re much easier to prove.”

He added that “we had expressed our concerns and thoughts about the enforcement of it and what the legal standard is to prove (a violation)” before the county put the ban in place.

State Sen. Karen Fann, R-Prescott, long a proponent of a texting ban for drivers, particularly teenagers with provisional licenses, is pushing for a statewide law again this year targeting teens.

“It’s not safe for people to be texting while driving, and, unfortunately, our distracted driving laws just don’t seem to be strict enough to help stop that.”