Shooting varmints in city may be legal
Bill would allow homeowners to shoot snakes, rats inside city limits

PHOENIX — Promoted by supporters as a way to protect homeowners from varmints, the Republican-controlled state House voted 35-25 Wednesday along party lines for yet another law designed to let people shoot off weapons in city limits. 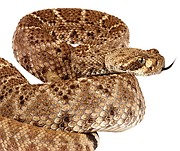 HB2022, sponsored by Rep. Jay Lawrence, R-Scottsdale, is billed as a method to allow city dwellers kill snakes and rats without having to trap them or bludgeon them to death. Instead, they could fire a gun that is loaded with what’s known as “rat shot” or “snake shot.”

Those cartridges are loaded with pellets that are 1.3 millimeters or less in diameter. By contrast, grains of sand can be as small as 2 millimeters.

The measure has drawn opposition from the Phoenix Herpetological Society, the Sierra Club and other groups who question the need to see snakes as a nuisance.

But Deputy Pima County Attorney Kathleen Mayer said that debate misses the fact that nothing in the legislation actually requires someone to be trying to kill a pest.

“The way it’s written, you can go anywhere and shoot it,” she said. “You’re not limited to just protecting your property.”

More to the point, Mayer said, it creates an exception to Arizona laws that now generally prohibit people from firing off weapons within city limits. And she said once lawmakers start down that path, it may be impossible to stop.

“It’s the nose of camel under the flap of the tent,” she said.

This is actually the second such bid this year by lawmakers.

Just a week ago the House Judiciary Committee voted to legalize “criminal negligence” in discharging a weapon within a city.

Rep. Tony Rivero, R-Peoria, said the state should not prosecute people who have “accidents” with their guns. Instead, HB2287, which awaits a House floor vote, would require prosecutors to prove that someone knowingly or recklessly fired a weapon.

In separate action Wednesday, the Senate Government Committee voted 4-3 to allow people who have a state-issued permit to carry a concealed weapon to bring their firearms into public buildings.

Current law makes such buildings off-limits if there are “no guns” signs at public entrances. Under SB1243, building operators would need to install both metal detectors and have security guards at each door.

Sen. John Kavanagh, R-Fountain Hills, contends that only “law-abiding citizens” obey those signs and either leave their weapons in their vehicles or put them into lockers. He said that leaves them defenseless should someone else who has ignored the signs decide to start firing.

Jan Brewer vetoed similar measures in 2011, 2012 and again in 2014 when she was governor, saying she was concerned about the cost to cities and counties for metal detectors.

Current Gov. Doug Ducey, a self-proclaimed supporter of the Second Amendment, has never had to weigh in on the issue because the measure has not reached his desk since he took office in 2015.

Both the snake-shot measure approved by the House on Wednesday and the exception for prosecuting accidental discharge of guns would amend “Shannon’s Law.”

That 2000 statute approved by legislators in the wake of the death of 14-year-old Shannon Smith who died when she was hit by a bullet fired into the air. No one was ever arrested.

Lawrence, in defending his measure, said he sees no danger to the public from allowing people to use the small-caliber ammunition in city limits. He said it’s no more dangerous than throwing sand at someone.

In support of his measure, Lawrence secured the testimony of Peter Steinmetz, director of the Nakamoto Brain Research Institute in Tempe. He told lawmakers of the dangers of the neurotoxins of rattlesnakes.

And former Graham County Sheriff Richard Mack called this type of ammunition “about the safest way to kill something in your yard.”

Mayer, however, told Capitol Media Services she has her doubts that the legislation is really about dispatching snakes.

“You have to be within five feet within a rattlesnake to have any effect on one of those, according to what I’ve seen online, with this kind of shot,” she said. “If you’re within five feet of a snake you’d be a lot more effective in chopping its head off with a hoe.”

And Mayer said she doubts anyone would really be able to kill a rat with a handgun, saying they “move pretty fast.”

“There doesn’t seem to me to be any useful purpose for this ammunition, other than for somebody to have fun shooting it,” she said.