Editorial: Time for ban on texting while driving 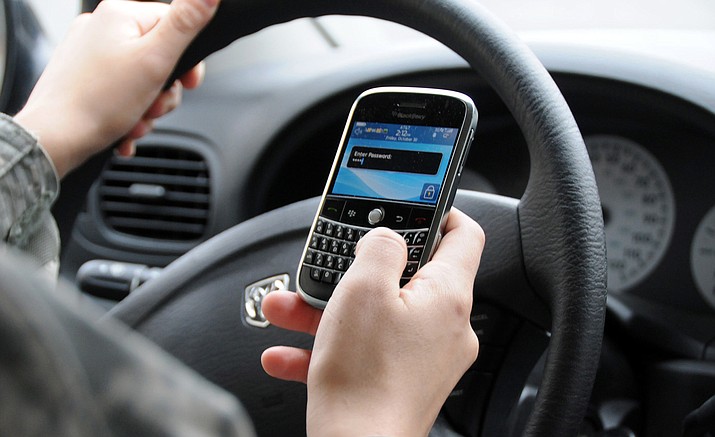 The Arizona Legislature is considering a ban on texting while driving for teenagers with probationary driver’s licenses, and the story is all too familiar.

That day Stacey Stubbs of Chino Valley was driving her PT Cruiser when suddenly a Ford Ranger pickup truck struck her car head-on. The crash killed Stubbs and the driver of the Ranger, 19-year-old Ashley Miller of Glendale.

Police believe Ashley was texting on a cellphone just before the crash. Her behavior brought tragedy to not only her family, but also Stubbs’ family.

The accident has given rise to several unsuccessful efforts to enact a no-texting-while-driving law in Arizona. Karen Fann, R-Prescott, has been behind those efforts.

Fann, who is now in the Senate, said what she’s trying to do is not a big stretch. She told Capitol Media Services there already are restrictions on Class G drivers, ranging from having no more than one unrelated teen in the vehicle to a ban on driving between midnight and 5 a.m. without a parent present unless it’s for something like going to work.

A ban on texting and talking on a cellphone while driving fits right in, she said. “The sole purpose is these young people need to be concentrating, not be distracted by others in the car, by other things going on. They need to learn good driving habits.’’

It’s an idea that has gained momentum around the country. The Insurance Institute for Highway Safety notes that:

▶ Fourteen states, the District of Columbia, Puerto Rico, Guam and the U.S. Virgin Islands prohibit drivers of all ages from using hand-held cellphones while driving.

▶ All states but five have primary enforcement; of the four states without an all-driver texting ban, two prohibit text messaging by novice

drivers, and one restricts school bus drivers from texting.

Unfortunately, Arizona is not among them — in any way; all ages, bus drivers, or novice/probationary drivers.

This past Tuesday, members of the Senate Committee on Transportation and Infrastructure voted 6-1 to require that those with instructional permits cannot use hand-held devices for any reason at all. That includes not only texting but also talking on the phone while driving.

available to teens — for the first six months they are on the road.

The practice would remain legal for the other 5 million Arizona motorists and anyone else who drives in the state; however, it is a start.

The effort will save lives, and would train our newest drivers in good habits.

We hope this bill fares better than the last one, and that Arizona lawmakers extend the ban to everyone someday soon.