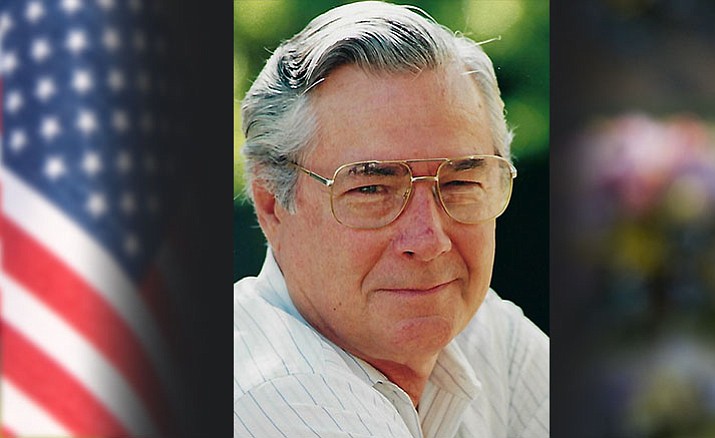 Philip Romaine Fry passed away on Dec. 21, 2017, aged 86. He was beloved, admired and respected by all who knew him, and he will be sorely missed.

Born in 1931 to Jess and Ann Fry in Leonia, New Jersey, Phil grew up in Nyack, New York, where he lettered in varsity sports at Nyack High School. After a brief sojourn at Albion College in Michigan, he enlisted in the Navy, where he served until 1955. In 1954, he moved with his parents and his younger brother Paul to Palo Alto, California, and soon thereafter began a distinguished college career at Arizona State University, where he was President of the Sigma Nu fraternity and edited The State Press. He remained a prominent booster of ASU sports for the rest of his life.

In 1960, he married the love of his life, Sharon Harkey, the Principal Second Violinist with the Phoenix Symphony and also the younger daughter in a pioneering ranching family from Silver City, New Mexico. Phil was devoted to this family and happily expanded his life into its twin worlds of ranching and music. Having considered a career in journalism, he settled into a vocation in marketing and publicity, first for the Bell Telephone Company, and thereafter for a long and successful run as Advertising Manager for Motorola’s Semiconductor Division. He mistrusted computers and knew very little about semiconductors, yet all agreed that he was a brilliant editor of Motorola’s trade journal.

Phil lived in Tempe with Sharon and raised his son Craig and daughter Laura there. When he retired in 1996, he realized his and Sharon’s longstanding dream of building an authentic ranch-style house, locating it on the old Crossroads ranch north of Prescott. In the meantime his parents had retired to Sedona and Flagstaff to be nearby, and lived there until their decease. While Sharon kept her health she and Phil traveled all over the American West and Alaska. Phil lived in the Crossroads house for the rest of his life, deeply saddened by the loss of his wife in 2006, but consoled by the inspiring scenery he lived in and the deep affection of his children and his many Prescott friends who took him in like a family member.

Phil was a steadfast husband, father and friend with impeccable ethics. He was kind, generous and accepting to all who had the privilege to know him.

Predeceased by his mother and father, his wife, her parents, and her sister Barbara, Phil is survived by his son, Craig of Menlo Park, California; and his granddaughter, Jessamyn of Cleveland, Ohio; his daughter, Laura, and her husband, Greg Poore, of Fountain Hills; his niece, Clydene Dechert of Prescott; his brother, Paul and Paul’s wife, Brigitte, of Guilford, Connecticut; and his nephew, Spencer Fry of New York, N.Y.

A celebration of Phil’s life will be held for family and friends at a time and location still to be determined by his survivors.