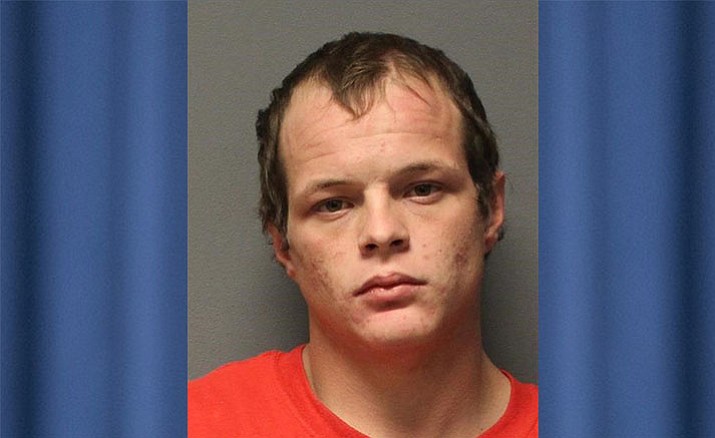 A man wearing a bandanna as mask and carrying a holstered gun, caught on surveillance video, took an undisclosed amount of cash from the 76 Service Station in the 35000 block of Old Black Canyon Highway Wednesday, Dec. 20.

The service station in the 35,000 block of Old Black Canyon Highway was robbed on Dec. 20 by a man with a gun in a holster.

Deputies used surveillance video and “knowledge of the area,” D’Evelyn said, to identify the suspect as Donald Wayne Cruse, 24.

They have been looking for him since the robbery, and finally located him on Tuesday. D’Evelyn said Cruse was walking on Bertha Street while carrying a loaded .45 caliber handgun in his waistband, brass knuckles in a pants pocket, someone else’s ID, and some methamphetamine.

He denied involvement in the robbery.

Bond has not yet been set, D’Evelyn said.