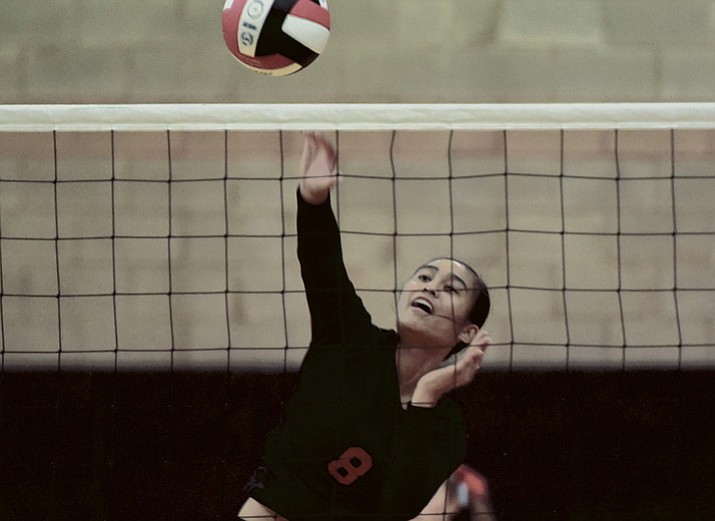 Bradshaw Mountain’s Mailani Manuel goes for a kill during a match this fall. The sophomore hitter is our 2017 Fall All-Courier Player of the Year for volleyball. (Les Stukenberg/Courier, File)

EDITOR’S NOTE: Below are our picks for the 2017 Fall All-Courier Team. Fall soccer will be included in the 2017-18 Winter All-Courier Team selections. Congratulations to each player on a great fall season.

Libero – Sabina Dimaano-Simmons, junior, Prescott: 4A Grand Canyon region second team selection. Dimaano-Simmons registered a team-best 188 digs in 43 sets played (12.5 digs per match), while recording 86 points in the service game with 15 aces. Her service percentage of 95.5 percent was among the Badgers’ best, and she led the Badgers in serve receives with 266 (17.7 receives per match).