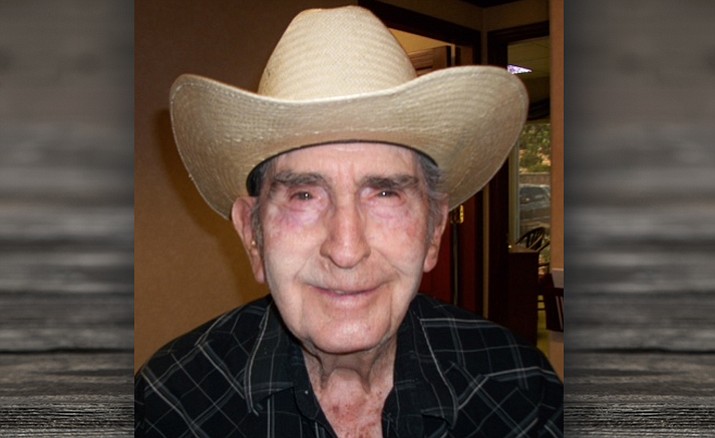 William Thomas Jackson went home to be with the Lord on Wed., December 13, 2017, at Las Fuentes Resort in Prescott, Ariz., at the age of 97. He was born on December 23, 1919, near Gadsden, Ala., the eldest of four children. His parents were Rother and Lelah Jackson. Later his family then moved to Florida, where he helped his father in construction as a plastering contractor. Bill was drafted into the Army in October 1941, learning Morse code and intercepting Japanese messages. Shortly after getting out of the Army, he met Ann Malin in Seattle, Wash., who later became his wife in 1946. He then worked with his dad as a plastering contractor for a few years until he was recalled to the Naval Branch of the military in 1951. Bill’s Army and Navy career lasted over 20 years. While in the Navy, he rose to the rank of Chief Petty Officer, serving in communications in Naval Security Groups. He served honorably during World War II and the Korean War. Bill, Ann and family served on many duty stations throughout the world, including the Philippians, Japan, Cyprus and Morocco. Based on his experience in naval communications, he became a Ham Radio Operator, which he continued to do after retirement from the Navy in 1966. Bill moved to California for ten years, finally retiring in Prescott, Ariz. In 2013, he was part of an Honor Flight from Arizona with his son Rob. He attended 18 Navy Cryptologic reunions, several with his daughter Vicki. Bill was a very friendly person, never meeting a stranger. He loved golf and baseball, even coaching Little Leagues when his sons were young. He was an avid fisherman, enjoying both fresh water and marine fishing. In 2006, Bill moved into Las Fuentes Resort, where he was very active on his computer, as well as taking photos of residents until his health issues prevented him from doing so. Bill is survived by Vicki (Judson) Mitchell, Rob (Laurie) Jackson and Craig (Joylyn) Jackson, as well as six grandchildren: Abigail Newby-Kew, Nathanael Newby-Kew, Yvonne Mitchell, Jack (Sarah) Mitchell, Belinda (Phil) Sigstad and Joe (Rebecca) Mitchell. He also had ten great-grandchildren. He is also survived by one sister, Lorine Baldasare. He was preceded in death by his wife Ann, his mother and father, two brothers and one sister. Services will be held at Prescott Valley Christian Church on Tues., December 16 at 10:30 a.m., with Pastor Matt Showalter presiding and Military Honors following. Interment will be at the Phoenix National Memorial Cemetery on Wed., December 20, at 2 p.m. Funeral arrangements entrusted to Ruffner Wakelin Funeral Homes. Visit www.ruffnerwakelin.com to sign William’s guest book.