Arpaio accused of trumping up charges in dog deaths case 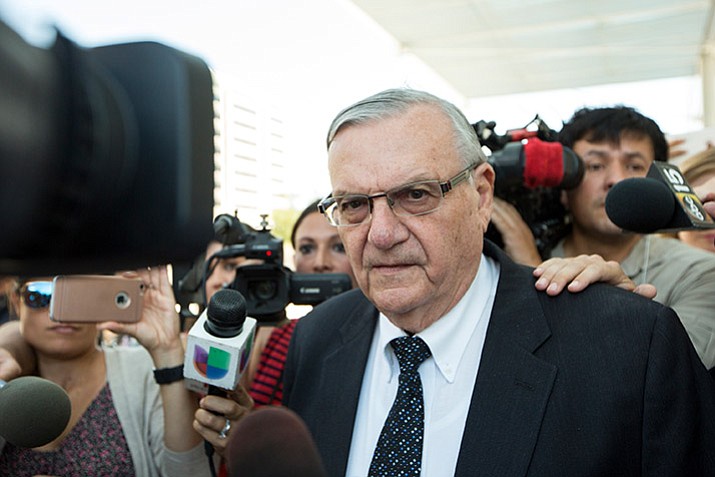 PHOENIX — Jurors at a malicious-prosecution trial against former metro Phoenix Sheriff Joe Arpaio were told Thursday in closing arguments that the lawman brought a trumped-up criminal case against one of Sen. Jeff Flake’s sons to garner publicity for himself.

A lawyer for Austin Flake and his ex-wife Logan Brown said his clients were emotionally devastated by the now-dismissed animal cruelty case filed against them in the 2014 heat-exhaustion deaths of 21 dogs at a kennel operated by Flake’s in-laws.

The charges against the Flakes, who were caring for the dogs while the in-laws were in Florida, were dismissed at the request of prosecutors after an expert determined the kennel’s air conditioner failed because the operators didn’t properly maintain it. In the end, the kennel operators pleaded guilty to charges.

Stephen Montoya, an attorney for Flake and Brown, said Arpaio has shown no remorse for bringing the case against his clients, downplayed his extensive efforts to publicize the investigation and is now unable to cite any evidence to back up the charges that were lodged against the couple.

“Sheriff Joe was in it for the publicity,” Montoya said, adding that the lawman inflamed public opinion by showing photos of the dead dogs at a news conference.

The couple alleged in the malicious-prosecution lawsuit that Arpaio brought the case to garner publicity and do political damage to Flake’s father, though the Republican senator was not mentioned by name in closing arguments.

Arpaio, who was excused from attending the trial he testified earlier in the proceedings, was not in court for closing arguments.

Jeffrey Leonard, an attorney representing Arpaio and Maricopa County, told jurors that the sheriff’s office investigates cases, but that the responsibility for actually filing charges is left up to prosecutors.

Leonard said prosecutor Shawn Steinberg, who handled the case, testified that her office made an independent decision on whether to file charges against the Flakes after the case was passed to her from the Maricopa County Sheriff’s Office that Arpaio ran until last year.

“She was not pressured by MCSO to pursue a prosecution,” Leonard said. “She wasn’t misled by MCSO.”

Lawyers for Flake and Brown have said the charges caused them emotional distress, contributed to the demise of their marriage and led the senator’s son to being suspended from his college for an honor-code violation.

During his testimony, Arpaio had said he was confident in his officers’ work on the case, but was unable to cite any evidence to back up the charges against Flake and Brown.

The media-savvy lawman was grilled about his motivations in publicizing the investigation, saying he spoke out about the dog deaths because it was a serious matter and reporters asked about the case. He quibbled about the number of news conferences he called to discuss the case.

Arpaio maintained that he did not pressure his investigators or prosecutors to bring charges.

The lawsuit did not specify how much money the younger Flake and his ex-wife were seeking. But they previously asked for $4 million in a notice of claim — a precursor to a lawsuit.