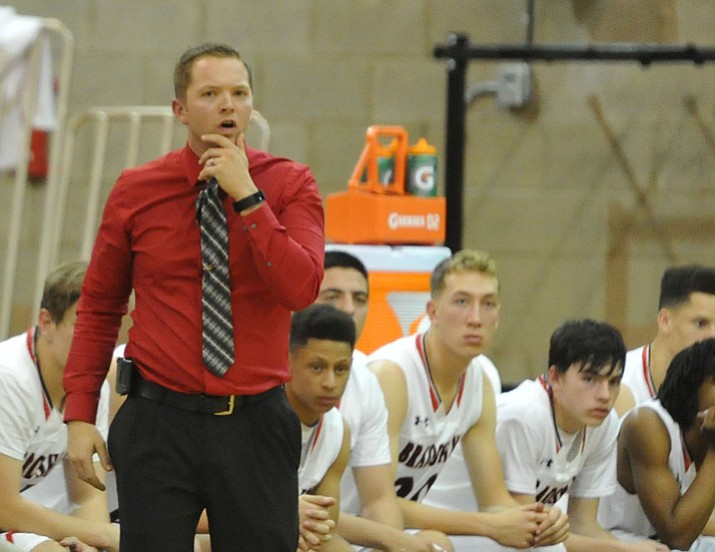 Bradshaw Mountain head coach Matt Simpson looks on as the Bears take on Marcos de Niza on Nov. 28 in Prescott Valley. The Bears earned their first victory of the season with a 52-46 win over Greenway on Wednesday, Dec. 6, 2017, in Phoenix. (Les Stukenberg/Courier, File)

With the victory, the Bears own a 1-9 overall record. They are 1-4 in power-point games.

Bradshaw Mountain jumped out to a substantial 22-8 lead at the end of the first quarter, something that the Bears had struggled to do in their first nine games.

“It was a nice team effort, and everybody did their job,” Bears assistant coach Blair Hillig said. “We were pleased to get a win.”