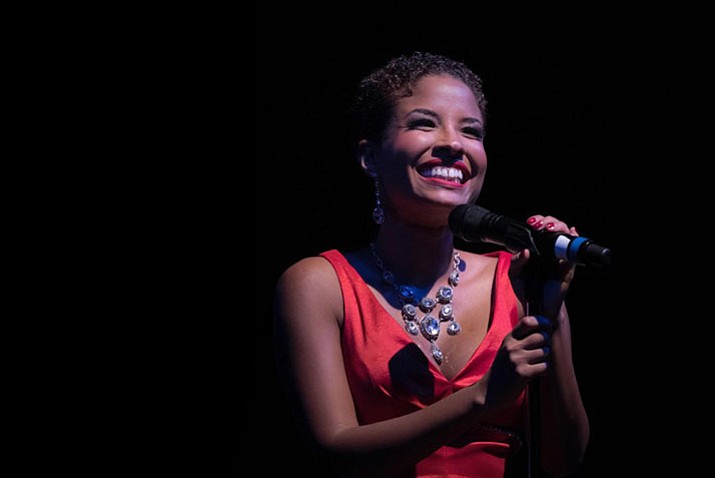 In the 1960s and ’70s, it wasn’t Christmastime without Andy Williams, whose specials many Prescott residents remember, said Courtney Dodge of Khris Dodge Entertainment.

“I remember those CBS holiday specials,” she said. “I love the music … (Khris) has breathed new life into those classical arrangements.”

On Friday, Dec. 1, Khris Dodge Entertainment brings “In the Christmas Mood” to the Elks Theatre and Performing Arts Center, 117 E. Gurley St. With all the activities in Prescott, it seemed like a natural way to bring in the holiday season to the Elks Theatre, Courtney said.

Staring “American Idol” semi-finalist Crystal Stark and New York performer Brian Levario, along with Annmarie Rosano and Chach Snook and a six-piece band, the show features favorite holiday songs, according to a news release from Courtney. Songs include “Sleigh Ride,” “Happy Holidays,” “Jingle Bells,” “The Christmas Song,” “All I Want for Christmas” and “I Pray on Christmas.”

Starting at 7 p.m., tickets to the event are $25 for adults and $22 for seniors and are available online at www.prescottelkstheater.com, by calling 928-777-1370 or at the door one hour prior to the performance.

Stark said in the release that she’s excited to share the stage with a man of Levario’s talent. She adores working with him.

“He approaches each song with such an unabashed enthusiasm that is contagious to the audience and the cast,” she said. “It’s not hard to smile when Brian’s around – he lights up any and every room and is a joy to watch and perform alongside him.”

Khris praised Stark in the release as well. She brings subtle nuances other performers don’t consider, such as her emulation of Ella Fitzgerald in “Have Yourself a Merry Little Christmas,” he said.

“We’re thrilled to (bring) ‘In the Christmas Mood’ to the Elks on a weekend surrounded with traditional Christmas events,” he said. “If we can add to the sense of holiday cheer, we’re happy to do so.”

Catalina Foothills High School Marching Band will be in the audience, marking its 25th year of participation in the Christmas Parade, the release notes.

The show is enticing to both those who have memories of either watching Williams’ specials or gathering around the Christmas tree and radio to listen to him, his brothers, Bing Crosby or others, Courtney said.

“It’s absolutely nostalgic,” she said, adding that for the younger generation it provides “a new sense of family and fun for Christmas.”

For more information on this show or others from Khris Dodge Entertainment, visit www.khrisdodgeentertainment.com.

December is not too early to get 'In the Christmas Mood'
Rock out symphonic style Feb. 8
Get in the spirit of the season with 'In the Christmas Mood: A Holiday Music Spectacular, Dec. 6
International instrumentalist Gunhild Carling
Lonely Street brings Christmas tunes to the Elks on Dec. 18 and 21
Event Calendar