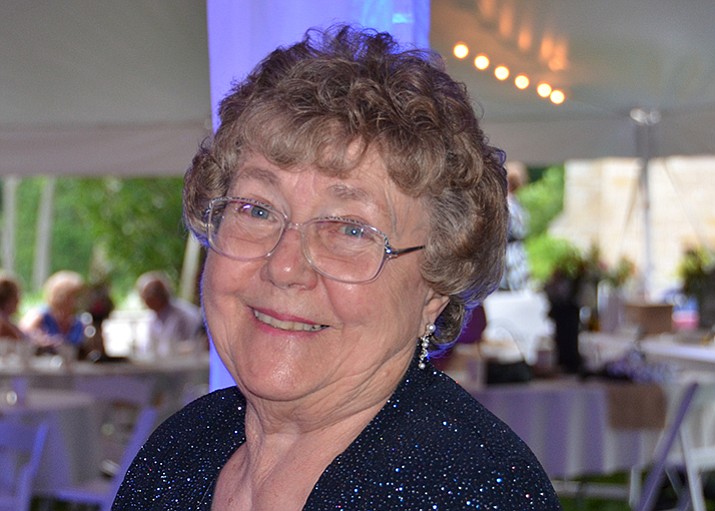 Mary Loretta Molloy, 80, changed her address to Heaven at 2:30 p.m., on Aug. 27, 2017, surrounded by her loving husband, Robert of 60 years and their children Cindy (Joe) Estep of Prescott, Carol (Dan) Hopf of McKinney, Texas, Linda (Tom) Olson of Normal, Illinois, and Mary (Chuck) Minnick of Gilbert Arizona, along with several of her grandchildren after battling Osteosarcoma.

Loretta was born in Beason, Illinois, on Nov. 7 1936, to Goldie and Howard Kennett. She was the youngest of five; her four older siblings are Juanita Millard (deceased), Marjorie Henson, Pauline White and William Everett Kennett (deceased).

Loretta attended elementary through high school in Lincoln, graduating in 1955. She was a drum majorette for the high school band. Loretta was also an accomplished dancer in ballet and tap. She taught Ballet and Tap in private studios during and after high school.

Loretta married her high school sweetheart, Robert Molloy, on June 23, 1956. After having her four children, they moved to Arizona in 1961, to the Phoenix area, and moved to their final home in Prescott in September 1969. She waitressed at several of the local restaurants in the area before retiring. Loretta was a longtime member of the Smoki People and served as their Chieftess.

Loretta was an extraordinary seamstress and used her talents to make the bridal gowns for all four of her daughters along with the bridal party for each. She was also commissioned to create Cheerleading uniforms for Camelback High School in the early ’60s. She learned to crochet and to quilt from her mother and made many crocheted crafts for her family. She enjoyed spending time with her family whether in the great outdoors or around the kitchen table (wherever that table may have been).