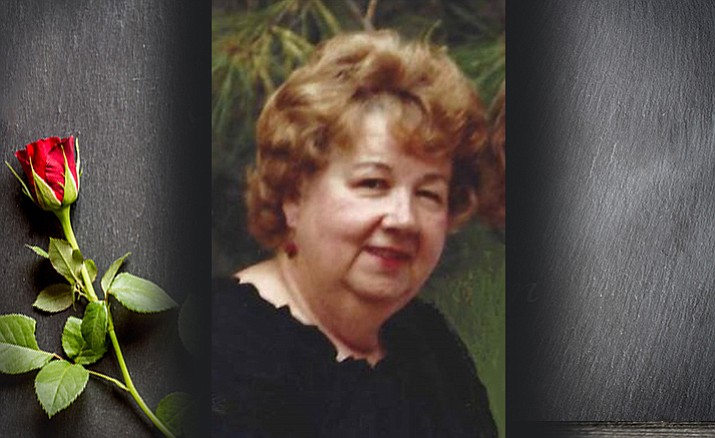 Frieda Effie Wilson Hilliard, 86, died peacefully on Aug. 17, 2017, in Prescott, Arizona. She was a longtime summer resident of Prescott since 1960.

Frieda was born in Cincinnati, Ohio, in 1930 and was the only daughter of Nellie Marie Petrey Wilson and Daniel E. Wilson, and lived much of her younger years in Washington, D.C.

Frieda was just 16 when she came to the Sunnyslope area of Phoenix. Her mother had hired a young man to build a chicken coop, and when Frieda looked out the window and saw him, she told her mom that this was the man she was going to marry, and she did. Within a year she had married James L. “Bud” Hilliard in 1948 and they celebrated their 64th anniversary before he passed away in 2012. Frieda and Bud had three daughters: Shirley A. Angel Grossman (Wayne), Nancy L. Peirce (Denis) and Peggy M. Hansen (Don). The family lived in Phoenix, Roosevelt Dam, Davis Dam, Parker Dam and eventually returned back to Phoenix.

As a family they enjoyed camping, fishing and spending time at their cabin in Ponderosa Park.

After Bud’s passing, she lived in Coolidge and Mesa, before returning to Prescott. Being a wife, mother, grandmother and great-grandmother brought her great joy, and she was very proud of her family.

Funeral services are being held at Resthaven Cemetery in Glendale, Arizona, on Friday, Aug. 25.