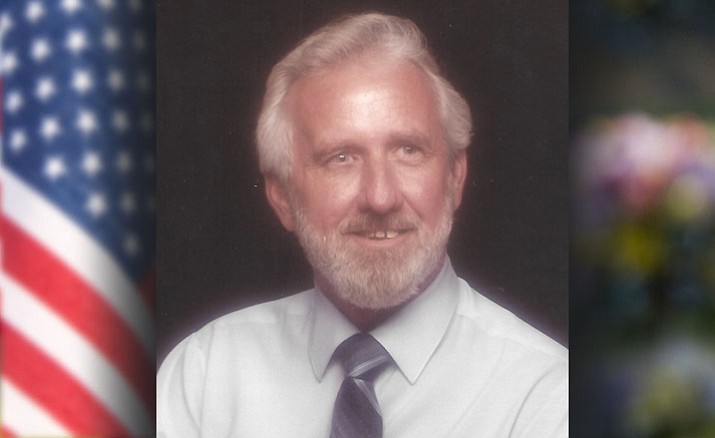 Chuck was born in Peniel, Florida, to Jael and Truman Canon where he spent his entire childhood. Upon graduating early from Putnam High School in Palatka, Florida, he joined the U.S. Air Force at 17. During his four years of service in the Air Force, Chuck was trained in airborne radio repair, which led to a career in the world of computers. After leaving the Air Force he worked as an Electronics Technician for Civil Service for a year before going to work with IBM to pursue his dream to enter the computer field.

Chuck was extremely driven and successful in the computer industry and through his hard work and dedication he was able to advance his career with IBM and eventually became Vice President for two companies before he retired in 1985.

Chuck married his first wife, Louise Osmond, on June 20, 1951. After almost 27 years of marriage Louise passed away. Chuck met his second wife, Ellie, through work and they fell in love and were married on June 5, 1982. In 1985, Chuck and Ellie made their new home in Shingletown, California. Together they enjoyed traveling and visiting many friends and family in all 50 states and Canada. In July 2016, they moved to Prescott Valley, Arizona. Chuck spent the rest of his days close to family and loved ones and most importantly, he spent his last days with the woman he loved.

He is survived by his wife of 35 years, Ellie; his children, Debi Seymour (Randy), MaryBeth Porchas (George), Chuck Canon (Debbie), Scott Smith, Kathleen Hollowell (Bill); 16 grandchildren and 13 great grandchildren and many he adopted along the way. He is also survived by his brother, Aubrey Canon (Patricia). He was proceeded in death by his son, Bob Canon (Aracely); his parents, Truman and Jael Canon; sisters, Elizabeth Bishop (Joe), Ruth Dixson (Doc); and his brother, Lamar Canon (Earlene). He lived a full and happy life with many blessings, thankful for each and every day. He will surely be missed by all.

A memorial service is pending.