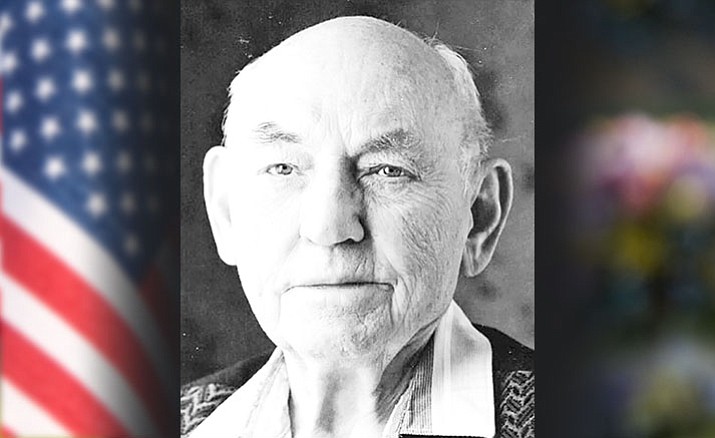 Orville K. Woiwod, age 100, went to be with his Lord on Wednesday, Aug. 9, 2017, at Marley House in Prescott, Arizona, surrounded by his family and friends. From his birth in Garner, Iowa, in April 1917 to his death on Wednesday, he shared his faith and love of Jesus with everyone he knew. He really was a child of God. He walked the walk.

He was born on a farm in Garner to Carl H. Woiwod and Tillie (Wrede) Woiwod and was the second of four children. Orville graduated from Garner High School in 1934. He went on to Hamilton School of Commerce in Mason City, Iowa, graduating with an accounting degree in 1936. Orville bought a farm in Garner, Iowa and enjoyed raising cattle. He served in WWII with the 41st Infantry in New Guinea.

He married Dorothy Brower in December 1945. Together they had two sons. He was on the building committee helping establish St. Paul’s Church in Garner. He retired to Dewey, Arizona, in 1972 and helped establish Trinity Lutheran Church and God’s World in Prescott Valley. He was a lifelong member of the VFW and very active in Lions Clubs International, and helped start several local clubs in this area. Orville’s hobbies were hiking, reading, and serving his community.

Funeral services will be held at 9:30 a.m. on Wednesday, Aug. 16, 2017 at Trinity Lutheran Church at 3950 N. Valorie Dr, Prescott Valley, AZ 86314, with burial and honors ceremony to follow at 1 p.m. at the National Memorial Cemetery, 23029 Cave Creek Road, Phoenix, AZ 85024. In Lieu of flowers, memorials may be made in Orville’s name to Trinity Lutheran Church, Good Samaritan Hospice Care, Bradshaw Mountain Lions Club or organization of your choice. Special thanks and gratitude to the Marley House, for the special compassion and care provided to Orville and his family during his last days.