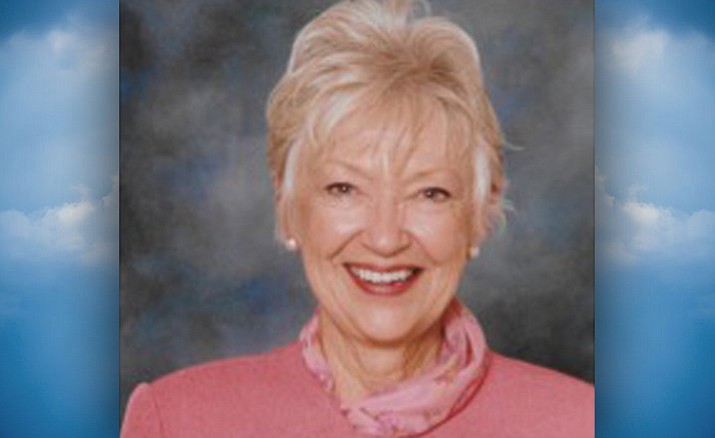 Judith was born in McPherson but grew up in Ottawa, Kansas. In high school, she met and later married Byron Mohr. At the age of 27, while raising four small children on the farm, she attended college and earned a Bachelors of Political Science degree from Ottawa University (1970). Continuing her education, she achieved a Masters of Public Administration from Kansas University (1973), and was an ABD (all but dissertation) Doctorate of Public Administration, University of Georgia.

A pioneer herself, she encouraged other women to enter the Public Administration field. Judith spent many years working as a consultant providing professional and organizational development training to local governments and private organizations. She served as Associate Director of the Institute of Public Affairs and Community Development at Kansas University, Assistant Director of Governmental Training at the University of Georgia’s Institute of Government, and with the International City Managers Association, Judith was a member of the community oriented policing team, which conducted training to over 600 staff from 130 jurisdictions. She provided many articles to professional journals, and served as the Sedona representative for NACOG from 1994-2000 chairing many committees and local studies.

A testament to her strength of character, Judith endured several hardships in the late ’70s. A divorce, the death of her youngest son David at 18, and a near death car accident that left her in a body cast for a year forcing her to learn to walk again. During those years, Judith became more spiritually aware and developed a firm belief in the power of the human spirit and its ability to overcome adversity. Happiness returned in 1981 when she married ICMA Director and long time colleague, Mark E. Keane. Still recovering from her accident, Judith moved from Georgia to Washington, D.C., to begin a new chapter in her life.

A few years later she and Mark retired to Sedona, Arizona. Judith worked for the City of Sedona as the Quality Improvement Coordinator and continued with her consulting work. She was well known as a voice for community building, and a leader in the development of rational public policy. She served on the Sedona City Council from 1996-2000 and Vice Mayor from 1998-2000. In addition, she was a founding board member and 2nd President of Sedona Women. In 2000, the Red Rock News honored her as Sedona’s Citizen of the Year. She served on the Verde Valley Medical Center Board of Directors, and facilitated many local forums addressing the needs of the community she loved. In 2003 she became a member of the Daughters of the American Revolution.

After 32 years of marriage, Mark passed away in 2013. In the fall of 2015, Judith seeking adventure and travel, sold her home, put everything in storage, and embarked on a five-month European trip. She stayed mostly in Hostels traveling from country to country, and making up her journey as she went along. She returned in March 2016 and settled in Prescott.

Judith will be remembered fondly for the “special gifts” she demonstrated throughout her life. Her unyielding love of family and friends, tenacity, and positive outlook, Judith always exuded style and class in every facet of her life. Within her profession, she worked tirelessly and was highly respected as an effective leader whose positive demeanor, and innate ability to unify people and causes, enabled community consensus on often-divisive issues.

A memorial reception will be held on Aug. 26 from 1 to 3 p.m. Remarks by family and friends will be at 2 p.m. Sedona Creative Life Center, 333 Schnebly Hill Road, Sedona, Arizona.