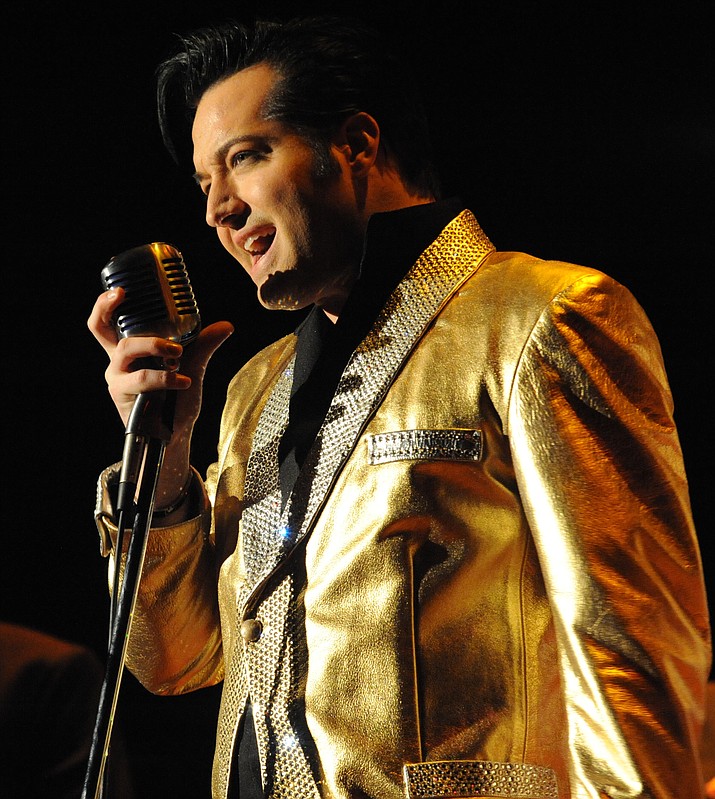 The Elks Theatre & Performing Arts Center will transform into the “Heartbreak Hotel” on Friday, Aug. 18, with a musical nod to the King of Rock and Roll, the late Elvis Presley.

Tribute artist and performer Robert Shaw — he performed as the late “Man in Black” Johnny Cash at the theater in June – will tap into the hip-swaggering energy and early tunes of the musical legend who died of a drug-induced heart attack in 1977 at the age of 42.

Elvis was a bigger-than-life musical artist who still commands fan loyalty, his Memphis mansion, Graceland, a popular tourist destination, and his music recognizable to multiple generations.

For this performance, Shaw and the Lonely Street Band will be offering a salute to early Elvis, dating back to his start in the mid-1950s and into the early 1960s. The show will launch with Elvis’ Sun Records debut tune, “That’s All Right, Mama” and “Good Rockin’ Tonight” and then move into other chart-topping songs such as “Heartbreak Hotel,” “Hound Dog” and “Don’t Be Cruel.”

In Shaw’s performances, the musician who hails from southeast Indiana and who studied music at the University of the Arts in Philadelphia channels the artist he portrays in both voice, mannerisms and dress. Though he does not strive to be a Elvis look-alike, his audience will certainly appreciate his ability to embrace Elvis’ deep baritone signature style, not to mention his ability to swing his hips in reverence to the dance moves that prompted some television stations to film Elvis above the hips as his gyrations were deemed too sexual for viewers.

Between songs, Shaw likes to give his audience some history and context behind the music. He may enlighten folks about Elvis’ break from music to serve in the United States Army as well as his dabbling in the movies – his famous song, “Love Me Tender” is part of the soundtrack for a romantic movie of the same name. Did you know he was also a gospel performer?

Shaw’s salute is sure to be a brand of entertainment that will appeal to Elvis fans, as well as those who might want to get to know more about the revered, Rock and Roll Hall of Fame inductee who remains something of a mystery figure despite his fame and vocal genius.

Tickets for the performance are $22 and $25 on both the main stage and balcony. To buy tickets, call the Elks box office at 928-777-1370 or make a reservation online at www.prescottelkstheater.com