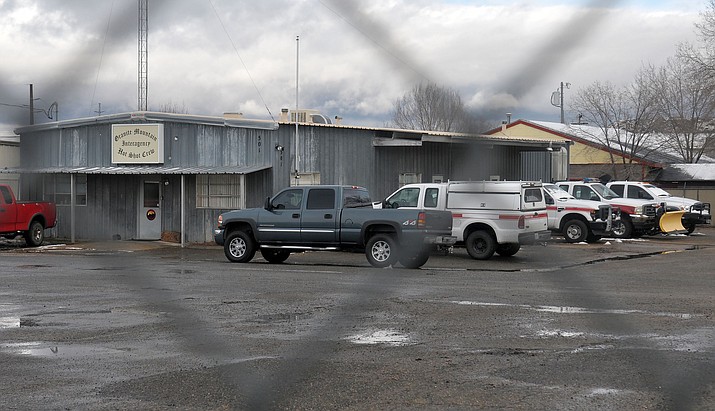 Prescott Fire Station 7 was the base of the Granite Mountain Hotshots. (Courier file photo)

Proceeds from the recent sale of the Granite Mountain Hotshots’ former home will go toward paying down the City of Prescott’s debt with the public safety pension system.

But, officials say, the move will not show up immediately in the city’s unfunded liability.

On Tuesday, Aug. 8, the Prescott City Council agreed to put the proceeds from the sale of the Fire Station 7/EZ Street property toward the city’s more than $78 million in unfunded liability with the PSPRS.

A total of $579,625 was raised through the sale of the fire station on Sixth Street – the home of the Granite Mountain Hotshots, 19 of whom died fighting the Yarnell Hill Fire in 2013 – as well as two parcels located behind it on EZ Street.

The property sales were prompted by the City Council’s ongoing efforts to find additional revenue to pay down the PSPRS debt. The council approved the sale of Station 7 in July, and the adjacent parcels in May.

Still, he explained after the meeting that city’s unfunded liability would not immediately reflect the payment. The city expects to receive its updated unfunded liability amount in November 2017, which will reflect actuarial numbers from the fiscal year that ended June 30, 2017.

The additional $579,625 payment would not be reflected in the actuarial numbers until the city’s November 2018 PSPRS report, Woodfill said.

Local resident Richard Steelman urged the council not to send the money to PSPRS at all. Rather, he said, “I think we should hang onto it. I would like to see all of the cities in the state of Arizona hold back on paying PSPRS.”

Steelman maintained that the pension system routinely “mis-invests” money, and the taxpayers end up making up the difference.

Mayor Pro Tem Jim Lamerson asked whether the city could choose to send the money to the State Treasurer for investment rather than the PSPRS.