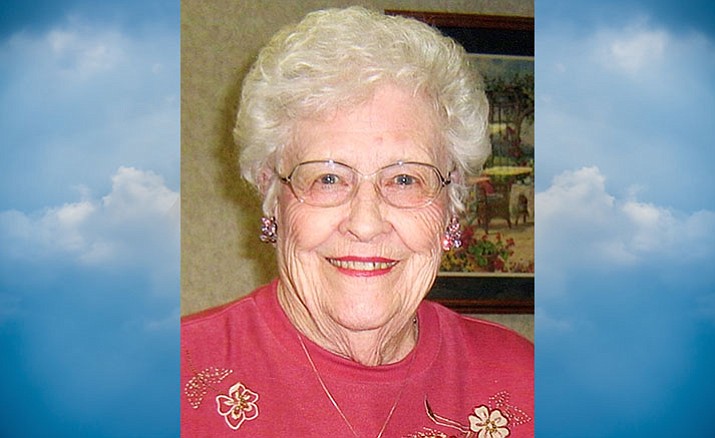 She was a school teacher in Iowa and worked at the State House. They moved to Prescott, Arizona, in 1952, where she worked for the City of Prescott, for 21 years. She was a member of the Prescott Christian Church, Mother’s Club and Smoki.

Private arrangements have been made. Arrangements entrusted to Hampton Funeral Home.