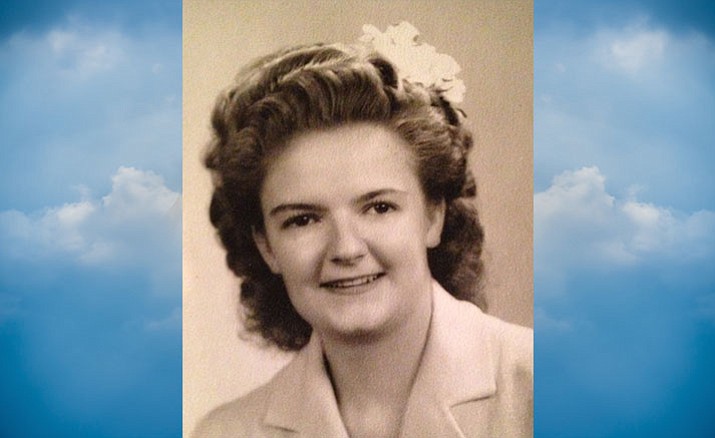 Colene Hill Seeley, 93, passed away peacefully in Casa Grande with her daughter at her side, on March 25, 2017. She was born March 19, 1924, in Holly, Colorado, to John T. Hill and Lula Mae Leffel but spent most of her life in Tucson and Prescott.

She was preceded in death by her husband, Carl Leon Seeley and an infant son, Carrh. She is survived by her daughter, Caren Keller (Lawrence Keller); a son, Carl C. Seeley; a sister, Helen Marie Hill; three granddaughters; nine great-grandchildren; and many nieces and nephews.

She was loved by many and will be greatly missed. She will be placed with her husband in the Prescott Veteran’s Cemetery.