Deliberations resume over killing near NAU 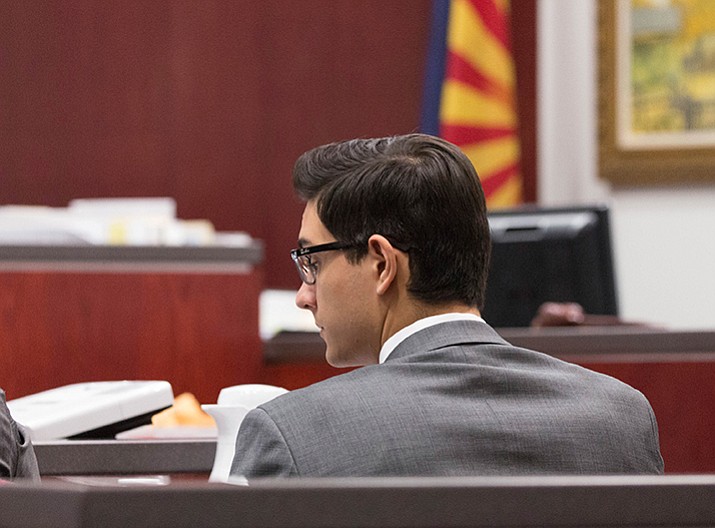 PHOENIX — Jury deliberations resumed Thursday at the trial of a former Northern Arizona University student charged with murder and aggravated assault for fatally shooting another student and wounding three others in a late-night confrontation near campus in 2015.

Deliberations for the Flagstaff jury had been put on hold Wednesday after lawyers for 20-year-old Steven Jones alleged that a prosecutor misled jurors in his closing argument when he said Jones did not say he acted in self-defense until he had arrived at the police department following his detention at the scene.

“I think that line was crossed, but I don’t think it was intentional,” Slayton said.

Instead, the judge let deliberations resume after he told jurors that Barker inadvertently made an inaccurate statement. Slayton also told jurors that Jones while in the back of a police cruiser before he was brought to the station said: “Why were they trying to hurt me” and “I thought I was going to die.”

Before the jury was brought back into the courtroom, prosecutor Bryan Shea said reading the statement to jurors would tip the scale of

Shea also said he was not aware of Jones’ statements inside the police vehicle until Wednesday morning, explaining that they were difficult to understand because of the quality of the recording from an officer’s body camera.

Defense attorney Joshua Davidson, trying to persuade the judge to declare a mistrial, said the decision to send the jurors home early on Wednesday will affect jury deliberations, though he didn’t specify the impact that temporarily halting deliberations would have on the case.

Jones is charged with first-degree murder in the October 2015 shooting death of Colin Brough outside an off-campus apartment complex. He also faces aggravated assault charges for wounding Nicholas Piring, Nicholas Prato and Kyle Zeintek. None of the victims was armed.

Jones has said he was acting in self-defense after being punched in the face during the confrontation. It ended in gunfire after Jones went to his car, retrieved a gun and opened fire as the fight continued.