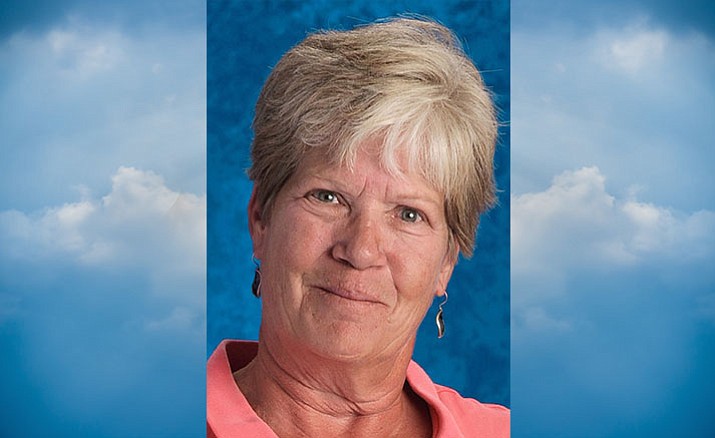 Clair Ann Hallam, age 59, lost her battle with lung cancer Thursday April 6, 2017. She passed peacefully in the home she shared with her husband in Dewey, Arizona.

Memorial services for Clair will be held at the home where she found peace and happiness in Dewey, Arizona, on Saturday, April 29, 2017. Interment of her ashes will be at Our Lady of Hope Cemetery in Brownstown, Michigan, on May 11, 2017.

She was a 1975 graduate of Trenton High School and went to work for the Monsanto Corporation after graduation. She met and later married Robert L. Trackwell, Jr. while working at Monsanto. They were married on July 12, 1985, moving to Carson City, Nevada, in 1995. Clair worked for Chromalloy of Nevada for 10 years and Micromanipulator Company for another two years. Clair and Robert separated in 2004, divorced in 2005.

Cliff and Clair met in 2005 and together left Nevada for Virginia in 2007. While in Virginia, Clair worked for Jo-Ann Fabrics, where she excelled as a sales representative and was elevated to store manager in less than two years. That position put relentless demands on her personal time so Clair quit Jo-Ann’s and began her career as a school bus driver in Fairfax County, Virginia.

Cliff and Clair were married in Apache Junction, Arizona, on Dec. 23, 2013, moving to Arizona full-time in July 2014. Clair resumed her career as a school bus driver, driving for Humboldt School District until she fell ill mid-November of 2016.

Clair was a private person, not wanting to trouble another with her ills or ailments, she held them in, suffering in silence. Clair was an accomplished golfer, excellent bowler, talented ice skater and softball player as a youngster. She was a member of the Quailwood Lady’s Golf Club in Dewey, Arizona.

Donations can be made to the American Cancer Society in her name.