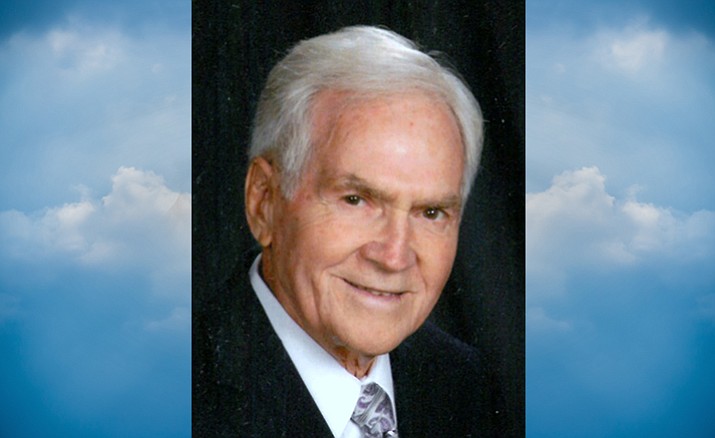 Paul Eugene Dorris, 89, of Prescott Valley, Arizona, passed away peacefully at home on April 16, 2017 after a long illness.

Paul Eugene Dorris, 89, of Prescott Valley, Arizona, passed away peacefully at home on April 16, 2017 after a long illness. Paul was born August 27, 1927 in Providence, Kentucky, the fourth son of George and Ivalynn (Browning) Dorris.

The family moved to Hammond, Indiana when Paul was 12 years old. At 18 years of age he enlisted in the Army and served as an MP stationed in Germany. Upon discharge from the Army he served an apprenticeship in the Sheet Metal Workers Union continuing on in that trade to supervise many large commercial projects during his career. In 1948 he married Gloria Ford and they raised their three children in St. John, Indiana. In 1975 they moved to Clearwater, Florida where they bought a sign company.

In 1994, they retired and moved to Prescott Valley, Arizona. Paul was preceded in death by his first wife, Gloria, after 58 years of marriage. In 2007 he married Carol J. Smith. They made their home in Prescott Valley and enjoyed traveling cross country together.