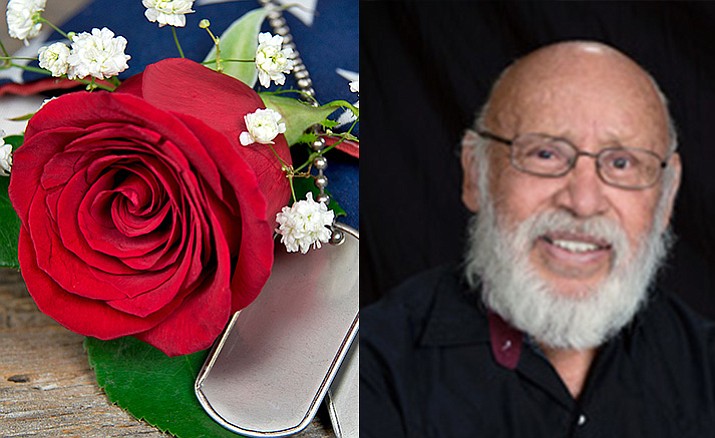 He served in the U.S. Army for two years. He lived in Bisbee until 1970, when he went to Bagdad, Arizona, to work in the Bagdad mine.


James died peacefully at home with loved ones at his side during his sleep.

He volunteered at the St. Catherine Laboure Catholic Church. He was active in volunteering with the Bagdad Knights of Columbus and the Bagdad American Legion. He enjoyed watching the grandsons play sports. Also, he really enjoyed playing BINGO, especially with his sister-in-law Diane.

Visitation will be from 5 to 7 p.m. Thursday, April 20, 2017, at Arizona Ruffner-Wakelin Funeral Home on the corner of Cortez and Carleton streets in Prescott, and a Rosary will be recited at 7 p.m.

A Celebration of James’ Life Funeral Mass will be 11 a.m. Friday, April 21, 2017, at St. Catherine Laboure Catholic Church in Chino Valley. Final Commendations will take place at a later date in Bisbee, Ariz.