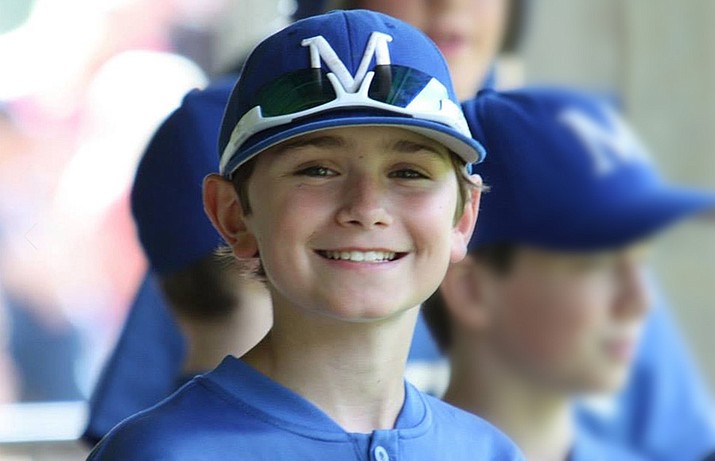 The first hiker have been identified as Jackson Standefer, a 14-year-old middle school student from Chattanooga, Tenn.

A woman who was swept down a backcountry creek in Grand Canyon National Park along with her stepgrandson is an experienced hiker and married to a founder of a popular outdoor footwear company, family members said Monday.

Authorities were searching for Jackson Standefer, 14, and Lou-Ann Merrell, 62, wife of Randy Merrell, who helped found the Merrell Boot Co. in 1981.

The pair lost their footing Saturday and fell into the water during a family trip with Randy Merrell and the boy’s mother in a remote area of the Arizona park.

Officials were alerted when an emergency GPS locator beacon was set off below the canyon’s North Rim, said Chief Ranger Matt Vandzura of the National Park Service.

Mark McOmie, Jackson’s uncle, said the Merrells are avid hikers and know the area well. He said Lou-Ann and Randy Merrell live in Utah in a city on the eastern side of the state.

Lou-Ann Merrell is “a very experienced backpacker,” McOmie said. “If they can get to a spot where they cannot be in the water and stay warm, she’s got the skills needed to get them through it. The odds aren’t great. But given their skills and knowledge of the area, that will probably lead to the best possible outcome.”

McOmie said searchers have found their backpacks with belongings inside, which the family has interpreted with mixed feelings. He said it looks as if they were able to get their backpacks off.

“The bad part is that they don’t have their gear,” McOmie said.

He said rescue workers sent drones to the steepest part of the canyon. The water roars down through rocks, so the family is hoping that the two could be on a rock or have found a cave for shelter, McOmie said.

The drone footage must be analyzed, but the family hopes it shows their location or at least provides clues. Rescue boats were also deployed, the uncle said.

The National Park Service said some searchers will stay in the field overnight, but depending on conditions, may not actively search overnight.

The McCallie School in Chattanooga, Tennessee, said Jackson is an eighth-grade student at the all-boys school.

“The entire McCallie community sends its prayers to the Standefer family and all those close to Jackson as we all hope for a positive ending to this situation,” the school said in a statement.

The park service said it’s too early to determine what went wrong.

No rain or flash flooding was reported in the area, and it was not known whether the water level was higher than usual in Tapeats Creek, a tributary of the Colorado River that runs through the Arizona landmark.

The park service describes conditions in the area on its website, warning that melting snow or heavy rain can make crossing the creek impossible.

It also said hikers can use a “sketchy, seldom-used trail” that lets them walk around the creek when the water is high, but the path should be used only as a last resort.

The group was on a different path known as Tapeats Trail, authorities said.

A call to Merrell Footlab in Vernal, Utah, for comment on the search wasn’t immediately returned Monday evening.