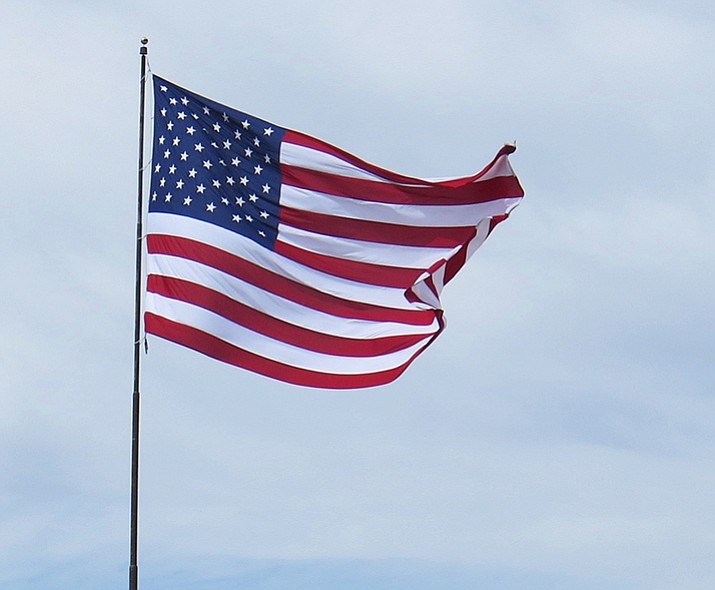 In March 2017, Flag Chairman Betty Bourgault and Regent Sue Burk of The Yavapai Chapter of the Daughters of the American Revolution presented Ed Walsh, manager of Lamb Chevrolet/Cadillac, a certificate of award for the company’s patriotism in continuously flying a large American flag at their establishment on the corner of Prescott Lakes Parkway and Highway 69. Walsh said the flag that prominently and proudly flies high on its 11-story flagpole is approximately 1,500 square feet in diameter and is replaced with a new flag every month. They do not want a ragged or weather-worn flag representing our great country or their establishment. The flag is an impressive sight and reminder to drivers along both thoroughfares of our nation’s heritage and the many freedoms that THE FLAG OF THE UNITED STATES OF AMERICA represent.