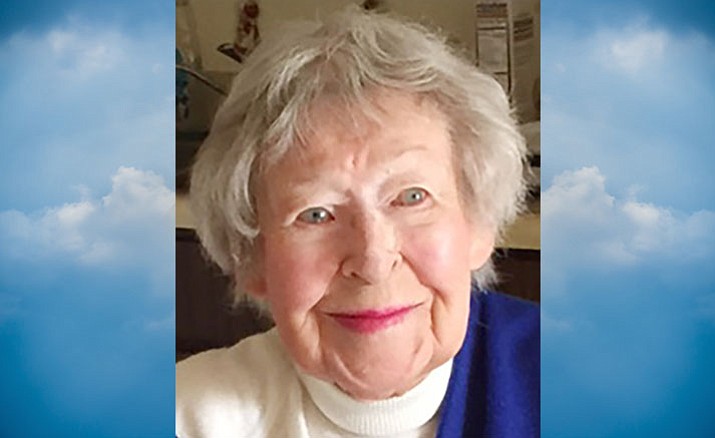 She was born Aug. 28, 1912, in Champaign, Illinois, to James H. and Nellie (Whealen) Hamrick. She grew up in Toledo, Ohio. She lived in Long Beach, California, from the late 1930s until moving to Prescott in 1987. She worked primarily in the dental field as an Oral Surgery Assistant, in Long Beach, until her retirement.

She was always proud of having worked on the building of our military aircraft during World War II. She always loved music, reading, following Arizona sports teams, movies, games such as pool, comedy, and her TV favorites like Wheel of Fortune. She had a great sense of humor. Madge was preceded in death by her parents; and brothers Harry and Ralph Hamrick. She is survived by her son James R. (Jim) Rivard of Prescott; grandson James M. Rivard; and granddaughter-in-law, Silvia (Cardenas) Rivard; grandson Joseph A. (Joe) Rivard; great granddaughter Marilyn C. Rivard; and great grandson James A. Rivard.

A private memorial service was held in her honor.