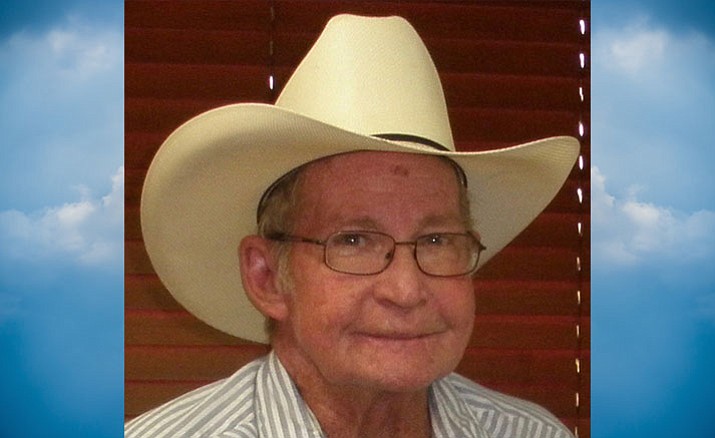 Robert worked many years for the mine in Bagdad, retiring in 1996, where he ran the carpenter section as well as other duties. He lived in Bagdad, Hillside, and most recently Ash Fork, Arizona.

Robert was the youngest son of Anna Mae (Patterson) and Ben Sipes of Arizona. He married Kathy Conley in the early 1960’s and together they raised three children: Dana McKeever of Kingman, Lisa Hawkins of New Hampshire and Jerry (Ab) Sipes - deceased. Kathy passed on in 2010.

Robert is survived by his two daughters; five grandchildren; nine great-grandchildren; and sisters Genevieve Stringfield of Prescott, Ann O’Donnal of Payson, Dorothy Bong of Prescott and Nell Hollenbeck of Texas; along with numerous nieces and nephews.

He was predeceased by his parents; brother Ben Sipes; and sister Bertha Meredith.

Robert was a kind man, loved a good joke, enjoyed hunting and watching wildlife wherever he could find it.

In lieu of flowers, you may choose to make a donation to your favorite animal rescue group in his name. Robert loved animals of all kinds and had many dogs, cats, horses, chickens, ferrets, fish and birds throughout his life.

Services are on Monday, April 10, 2017 with a visitation/viewing at Chino Valley Mortuary in Chino Valley from 9:30 to 11 a.m. followed by a graveside service at the cemetery in Ash Fork, Arizona, at 12:15 p.m.