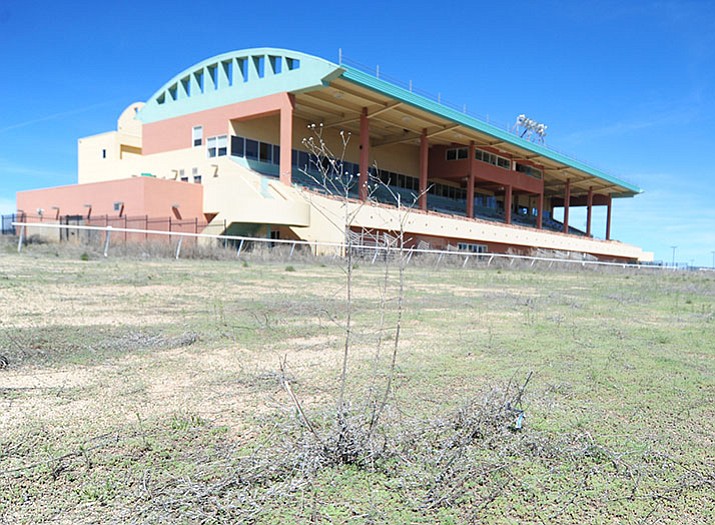 JACOR Partners out of Phoenix entered into a purchase of the Yavapai Downs racetrack property as of Wednesday, April 5, 2017. The sale was finalized Jan. 11, 2018.

Horse racing may return to Yavapai County as early as next year if a Phoenix-based retail company decides to go through with purchasing Yavapai Downs.

The company in question, JACOR Partners LLC, has been looking at the property for more than two years and is currently in the early stages of buying it, said Partner Tom Auther.

“We’re under contract. We don’t necessarily know if we’ll buy it or not,” he said, stating they have about 100 days to make that decision. “We’re walking through with some contractors, trying to figure out how much it’s going to cost to bring it up to operating condition. That’ll be a big part of our ultimate decision of what we do … We will probably know within the next six months if we’re going to close or not.”

Auther said he knows the roof and the track need work, commenting that the contractor can tell him and the others what else needs work.

The track, which hasn’t seen racing since 2010, was purchased in 2013 by Gary Miller by assuming a $5.5 million federal loan in bankruptcy court, according to a previous article in the Prescott Valley Tribune that outlined the financial troubles that followed. The Gila River Indian Community and Navajo Nation tribes were the financiers and the latter backed out of the agreement, then Arizona Sen. Steve Pierce said. Miller filed for bankruptcy in 2015, according to records from United States Bankruptcy Court in Phoenix.

If the company decides to close, JACOR Partners will be buying it from the bankruptcy trustee and since the United States Department of Agriculture holds the loan, they will get the proceeds, Auther said. There is a contract price that Auther said he was not free to give as it could vary. Documents from the United States Bankruptcy Court state the property is up for $3,750,000.

JACOR Partners will basically be the landlord for the property, located on the northeast edge of Prescott Valley on Highway 89A, if the sale goes through, Auther said, noting that it would be nice to get the facility up and running for the horsemen in the state.

“We’re real estate guys, we’re not horse people,” he said, remarking that the company would need to bring in a track operator and others with the expertise to run the facility. “We don’t really have any expertise in this. To us it’s basically a real estate deal.”

Other projects JACOR Partners has taken on include a 17,800-square-foot multitenant retail project in Phoenix and purchasing a 20,400 square foot retail center, also in Phoenix, for $2 million.

If JACOR Partners decides to go through with the sale, the earliest the track would open for racing would be roughly Memorial Day of 2018, Auther said.

Barry Friedman, a horseman and property owner who lives in Prescott Valley, said he and many other horsemen want the track open.

“In the summer, they like to move their horses out of Paradise and move up here. Some cannot afford to go to Minnesota or Arapaho in Colorado,” he said, referring to Turf Paradise in Phoenix. “They like to race here because it’s close to home.”

Miller declined to comment on his time as owner of the facility, but wished JACOR Partners the best of luck and offered any support he can give for whatever they need.