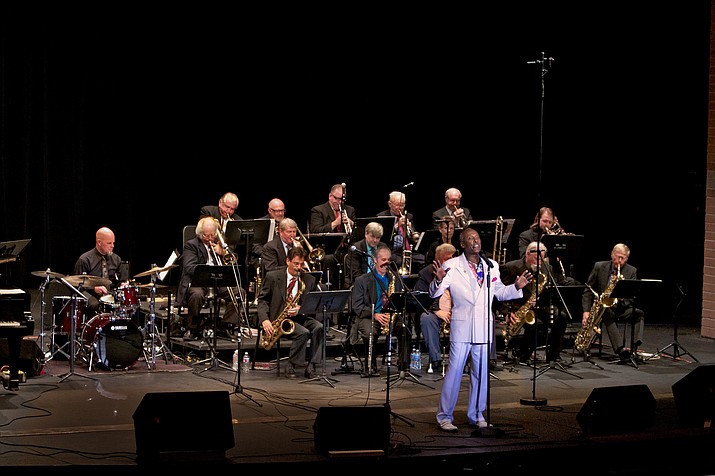 PRESCOTT — The three-day Prescott Jazz Summit will be held on a new weekend – this weekend, Sept. 30 and Oct. 1 and 2 – in some new venues and with a new face or two playing.

Summit organizer Mike Vax said the fun starts Friday. “York Motors is going to take their showroom and turn it into a nightclub for us,” he said, and it will be a combination musician meet-and-greet with catering by Chino Valley’s Bonn Fire restaurant and a concert. “It should really be fun.”

“That’s the biggest venue in Prescott,” Vax said, and it will host the Gala Big Band Concert, featuring not only the All Star Big Band, but also Dennis Rowland, longtime vocalist with the Count Basie Orchestra and Scott Whitfield and Ginger Berglund, vocalists from the iconic group, the Modernaires.

Sunday afternoon, the Summit presents a concert at the First Congregational Church in Prescott.

“That’s a beautiful place to have a jazz concert,” Vax said. “They’ve got a beautiful grand piano, and the acoustics are great, and they’ve got a wonderful sound system.”

Finally, the Summit wraps up with the traditional jam session at Murphy’s Restaurant Sunday evening.

Tickets are not required for the jam session, but you’ll need reservations for Murphy’s, because it will likely fill up.

Some well-known musicians and singers will play the Summit, Vax said.

Joining the Summit this year is well-known trumpet player Jesse McGuire, who you’ve probably seen performing the national anthem at major sporting events, and who has also played in the Lincoln Center Jazz Orchestra.

Dennis Rowland, a fan favorite from the Count Basie Orchestra, brings his vocal chops back to town. And on piano will be Jeff Colella, who was the music director for Jack Jones and Lou Rawls.

By the way, if you’re wondering why the changes in venues and dates, Vax said the City of Prescott asked him to move the Summit from late August to late September to spread out the live entertainment.

Vax is excited to have the performances for the 16th year of the event held in different places this year.