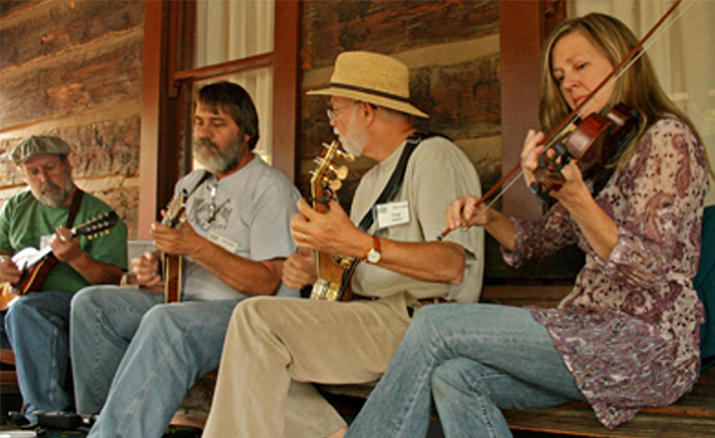 PRESCOTT – Sunlight on an acoustic guitar. The melodic notes of fiddles, flutes, and harmonizing voices. This and more mix abundantly on the grounds of Sharlot Hall Museum as it presents Arizona’s longest-running Folk Music Festival.

Musical duos, trios, quartets, folk bands and solo artists will perform, including many featured artists and local musicians on both Saturday and Sunday, according to a news release.

Opportunities for visitors and performers to “jam” on the grounds, under the trees, on the porch, or wherever lend a comfortable and entertaining ambiance to the good ol’ down-home folk music.

For this first weekend in October, music workshops by the performers will be conducted on a wide range of subjects, from songwriting and harmony singing, to banjo styles, slide and fingerstyle guitar, autoharp and more.

The museum’s website – www.sharlot.org – lists the workshop schedule, as well as planned performance schedule for both days.