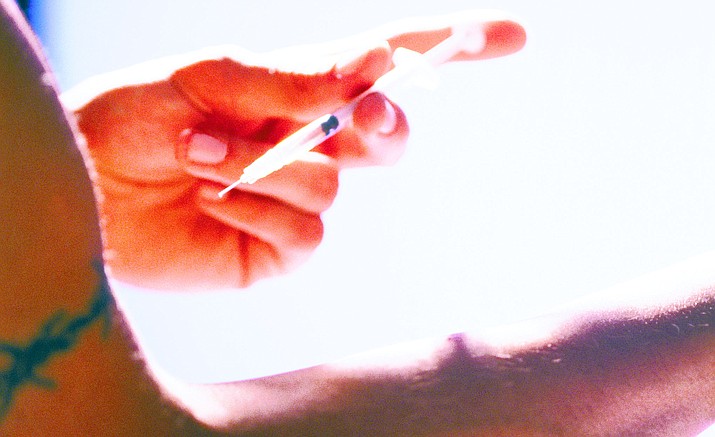 In 2015 at leaat nine people died in Yavapai County as a result of heroin use, according to the medical examiner.

PRESCOTT – There were at least nine deaths resulting from heroin use in 2015 in Yavapai County, according to medical examiner Mark Fischione, M.D.

While that number may not sound significant, consider that there were only two in 2012, and the total has grown each year.

There may well have been even more heroin-related deaths, Fischione said, because he did not count the cases in which “mixed drug intoxication” was the cause of death.

Of 22 heroin-related deaths since 2012, 18 were caused by accidental overdoses.

The American Society of Addiction Medicine said, in its 2016 publications “Opioid Addiction Facts and Figures,” “Drug overdose is the leading cause of accidental death in the US, with 47,055 lethal drug overdoses in 2014. Opioid addiction is driving this epidemic, with 18,893 overdose deaths related to prescription pain relievers, and 10,574 overdose deaths related to heroin in 2014.”

Because drug abusers often begin their addiction with a prescription opioid, such as oxycodone — a painkiller — and then turn to heroin, an illegal opioid, when they run out of the prescription drug, the Arizona state legislature took action this year.

A state law that makes it mandatory for doctors to check a statewide database before prescribing a potentially addictive pain medication, such as an opioid, takes effect in October 2017.

“Our providers are currently doing (this) right now,” said Diane Drexler, chief nursing officer at Yavapai Regional Medical Center, and they’ve already been doing it for about three months.

It’s been a voluntary effort, but one that the hospital feels is important. “We’ve done a lot of work with regards to really getting our arms around addressing the population that are addicted to opioids, and this is one of the interventions we can do to ascertain that we are not … overprescribing opioids to patients,” Drexler said.

On Sept. 16, President Barack Obama proclaimed Sept. 18 through 24 to be Prescription Opioid and Heroin Epidemic Week.

The proclamation stated that the Obama administration “is steadfast in its commitment to reduce overdose deaths and get more Americans the help they need. That is why I continue to call on the Congress to provide $1.1 billion to expand access to treatment services for opioid use disorder. ... We are also working to improve opioid prescribing practices and support targeted enforcement activities.”

“We take this seriously, we recognize the impact it has on our community, and we are doing what we can to mitigate that,” Drexler said. “It’s not going to change overnight.”