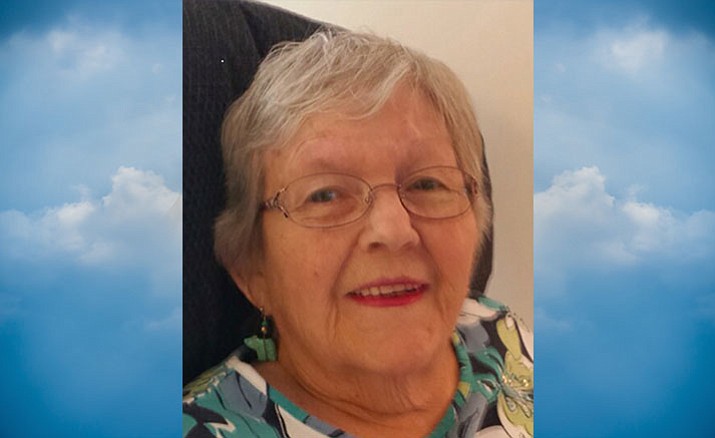 Molly Matson Byron, age 86, of Palm Beach Gardens, Florida, passed away peacefully on Aug. 5, 2016. She was born in Bradford, Pennsylvania, on May 21, 1930. She was the daughter of Helen Hazelton Matson and Myron Walker Matson.

Molly graduated from Rosemary Hall, Greenwich, Connecticut, and Bennet College, Millbrook, New York, in 1950. Molly met her husband, Edward Wood Byron II, on a blind date in New York City on May 2, 1952, and they were married Oct. 18, 1952. Ed was hired by Pan American World Airways in Miami, Florida, in 1955 and they raised their three young girls on Key Biscayne. They later moved to Weston, Connecticut, in the early 1960s. Their son, Ted, was born in Norwalk, Connecticut, shortly thereafter. Molly and Ed traveled extensively with Pan American and made lifelong friends across the globe.

In November 1972, Ed and Molly relocated to Prescott, Arizona. Ed passed unexpectedly in 1977 and Molly never remarried. With determination and a huge challenge in front of her, she pushed forward and opened a new business, “L’atalier” on Whiskey Row in Prescott with her good friend, Mary Goodwin. Molly had a huge heart and always found the positive in everything. She was brave, strong, honest and loyal. She was a voracious reader and a long time jigsaw puzzle aficionado. Her family meant everything to her and she was a very warm and loving mother. She was a true inspiration to many people throughout her life. In 2004 she decided to be closer to her family and relocated to South Florida. She met new friends and kept in contact with her old friends. She never forgot a birthday or an anniversary.