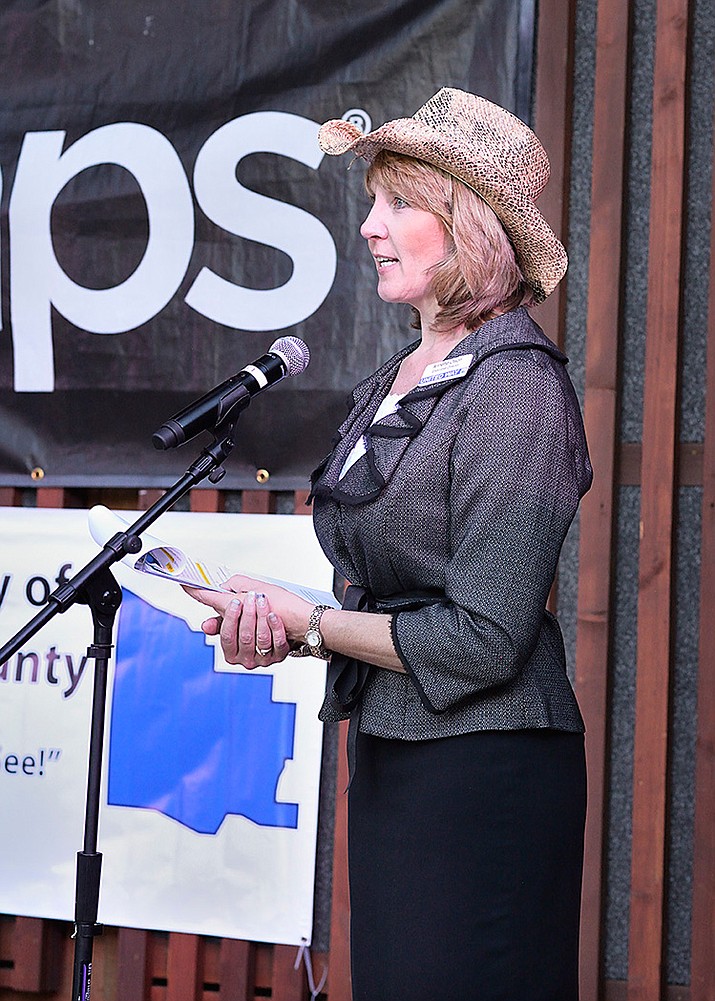 The United Way of Yavapai County celebrated the kick-off to its campaign season with a reception at the downtown Prescott Holiday Courtyard on Sept. 15 that was attended by a number of leaders of local charities who spoke about how United Way dollars assist them in fulfilling their mission to benefit the community’s adults and children in a variety of programs.

Be it emergency shelter or mentoring programs for young boys, the United Way’s annual grants provide financial support that these organizations rely on to do their work.

United Way Executive Director Annette Olson said the evening reception was a “real special experience to bring together the giving campaigns with the programs; a real celebration of how philanthropy can change lives.”

Much of the United Way’s campaign dollars come through employee contributions.

That was followed by several agency leaders who talked about their various programs: Charles Matheus of Boys to Men Mentoring Network, Bobbie Levrich of Prescott Shelter Services; Dan Brown of Humboldt Unified School District and Anna Nugent of the Launch Pad Teen Center.

Representatives of several other United Way grant recipients were also in attendance, including People Who Care, Catholic Charities Safe Sitter and teen leadership program and the Bagdad afterschool reading program.