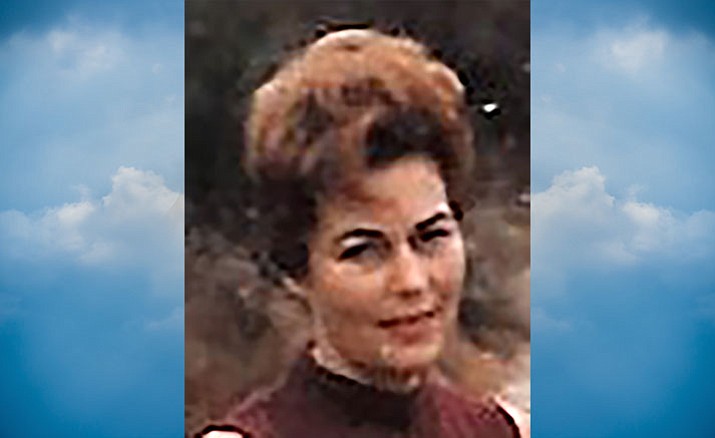 Eleanor Ardis Sipes was born on Sept. 27, 1925, in Syracuse, New York. She was the fourth of six children born to Louisa Ann Grimm and Victor Dempster Emanuel Ardis, who were originally from Canada.

As a young woman, Eleanor joined the group known as “Rosie the Riveters” during World War II; she worked at Douglas Aircraft in Long Beach, California, and remembers wearing roller skates to get around the gigantic facility. After the war she married Harry Gene Sipes and became a stay-at-home mom raising her three children.

Nearly every weekend she hosted her extended family of brothers, sisters, and their families, all of whom had settled in Southern California. When her children were old enough, Eleanor became a real estate agent in the 1970s and 1980s. But the job she enjoyed most was her yarn store, The Knit and Needle, where she helped many of the women in Long Beach learn to knit.

After the loss of her husband, Harry, in 1984, Eleanor moved to Big Bear, California, then to Prescott, Arizona, to be closer to family members who had moved. She enjoyed the Prescott area for more than 25 years and became an Arizona Diamondbacks fan.

Eleanor was called home to heaven on Monday, Aug. 1, 2016. She was preceded in death by her husband, Harry Gene Sipes (1984); her eldest daughter, Anita Dee Dee Ming (1998); and all of her brothers and sisters. She is survived by her son, Mark Sipes; daughter, Jeanine Fouts; her grandson, Mark Fouts; granddaughters, Jennifer Ming and Nicole Gwynn Brooks; four great-grandchildren; son-in-law, Doug Ming, and 23 nieces and nephews.

On her 90th birthday, Eleanor said how grateful she was to have had such a good family and to have lived during the times that she did.

Eleanor was loved dearly by her family and will be missed!

Her ashes will be placed next to her husband’s in Westminster, California.