Review: A guide to the history of ‘Star Trek’ 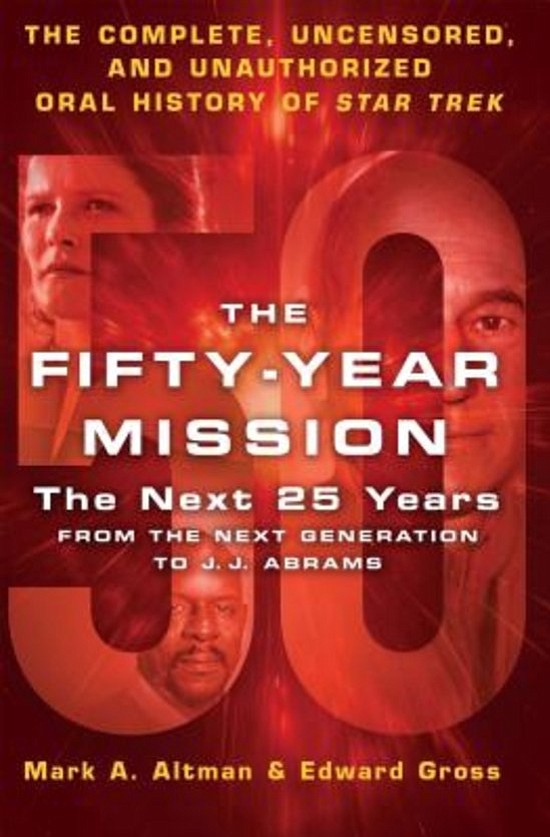 "The Fifty-Year Mission: The Next 25 Years: From The Next Generation to J.J. Abrams: The Complete, Uncensored, and Unauthorized Oral History of Star Trek" (Thomas Dunne Books), by Mark A. Altman & Edward Gross

Authors Mark A. Altman and Edward Gross follow up volume one, which looked at the history of the original "Star Trek" series, with a new volume covering the behind-the-scenes details of "Star Trek: The Next Generation," "Star Trek: Deep Space Nine," "Star Trek: Voyager," "Star Trek: Enterprise" and the most recent films that recast the iconic roles from the original series.

The authors of "The Fifty-Year Mission" had access to those involved in the creation of the shows and films, and all of them are upfront about what worked and what didn't. Some of the stories cover Gene Roddenberry's reluctance to create another series to his dislike for a certain bald actor playing the captain. The book also addresses other issues such as: What prompted the studio to reboot the original series and recast the famous roles of Captain Kirk and crew?

The level of research and organization to pull off the definitive history of a 50-year-old francise is staggering — and making it a compelling read is even more difficult.

Those not interested in "Star Trek" will still find much to enjoy with this examination of the ins and outs of how a television show is produced, and fans of the various shows should consider this a must-read.