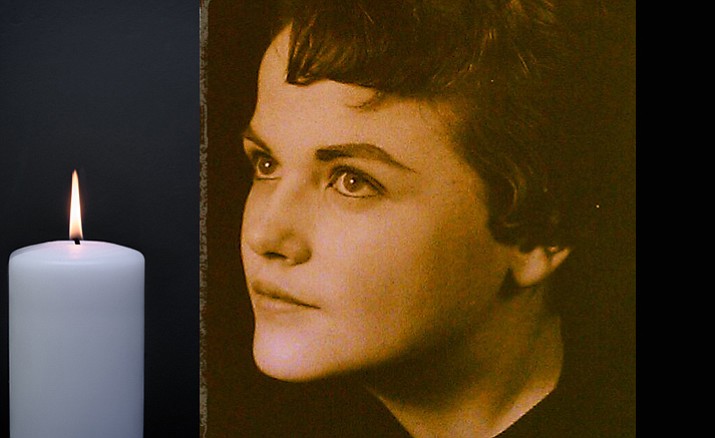 Sandra Anne “Sandy” (Waatti) Cordoba died of kidney disease in Prescott, Arizona on Sept. 1, 2016. She was born in Great Falls, Montana in 1938 to Jerome and Ellen Waatti. They moved to Casper, Wyoming in 1944. Sandy graduated from Natrona County High School in 1956.

Sandy attended Augustana College in Sioux Falls, South Dakota, and then the Minneapolis School of Art and Design, where she received her five-year BFA in design. She eventually moved to San Francisco where she established herself as a fashion illustrator, working for several companies including head illustrator for Mervyn’s Department Store. She also illustrated children’s books for Century School Book Press.

While in San Francisco, she met her husband and they moved to South America in 1970 where her children Alex and Amanda Cordoba were born. She remained active with her art while in Colombia. When the couple split, she returned to Casper, Wyoming, in 1976, where she opened Cordoba Studio, her advertising agency. Her clients included those in the retail, hospitality, financial, travel, and political fields. She was especially well known for her logo designs. Sandy spent her final working years as Marketing and Advertising Director for the Parkway Plaza.

Sandy donated her body to science. Cremains will be spread in Arizona, and a celebration of life will be held next spring in Casper.

Sandy was preceded in death by her parents; and her sisters, Maren Waatti Scovel and Paula Waatti. She is survived by her children, Alex and Amanda Cordoba of Prescott; her grandsons, Bailey and Christian of Phoenix; her sister, Holly Waatti Thompson of Casper; nephews Josh Thompson of Casper and Shane Scovel of Phoenix; and great-nephews and -niece Dylan Thompson, Hayden and Avery Scovel.

Friendship has always been a strong part of Sandy’s life and in her memory she would like you to take a friend out to lunch. You may also choose to make donations to the Glaucoma Research Foundation at www.glaucoma.org.