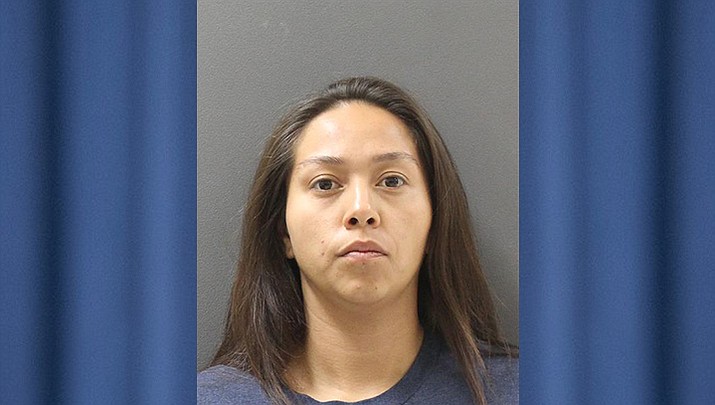 PRESCOTT – A woman on probation admitted to authorities that she had been using methamphetamine, and when detectives, who believed she was also selling heroin, searched her home on Sept. 7, they found meth, heroin, and marijuana, according to Sheriff’s spokesman Dwight D’Evelyn.

Members of the multiagency Partners Against Narcotics Trafficking task force (PANT) and probation officers served a search warrant the Flora Street home of Marie Saiz, 28, where they seized “a usable quantity of marijuana,” two marijuana pipes, and, in a shed, 13 grams of meth and 17 grams of heroin, D’Evelyn said. The heroin was in a smartphone box whose serial number matched that of her phone, he added.

“During a follow-up interview, Saiz claimed she found the heroin and methamphetamine at her mom’s house in Prescott” after her mother, Rebecca Saiz’s, Aug. 23 arrest on charges including drug possession and sales, said D’Evelyn. “Saiz stated she was not sure what to do with the drugs so brought it to her home and stored it in the shed. She denied selling drugs.”