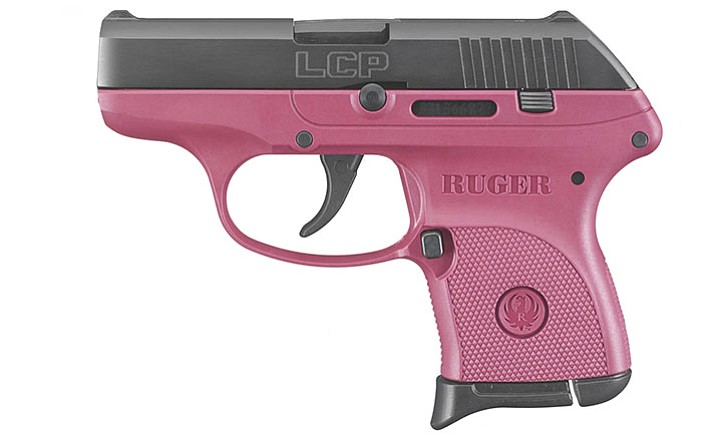 A pink weapon is a matter of choice - some women like them, some do not.

PRESCOTT – Gun ownership among women is up: a Gallup poll showed that 23 percent of women surveyed reported owning a gun in 2015, up from 13 percent in 2005.

“Women are one of the fastest-growing segments of the shooting sports business. Of the retailers surveyed over the last year or so, 70 percent have seen an increase in their business from women shooters,” said Don Grier, owner of Prescott Gun Club.

According to the National Shooting Sports Foundation, a trade group, 42 percent of women who own a gun own three of them.

And the National Rifle Foundation states that, in 2014, more than 13,000 women participated in its “Women on Target Instructional Shooting Clinics,” up from 500 in 2000.

What’s behind this growth?

In a word: empowerment.

“A lot of the ladies coming to us are coming specifically for personal protection,” said Sherrie Seibert, co-owner of Insight Firearms Training Center in Prescott Valley. “They want the independence of knowing they can protect themselves, and not have to depend on anybody else to protect them.”

The NRA’s Jason Brown agreed with that assessment.

“The feedback we receive is that a lot of women are just empowered by the idea of owning a firearm for self-defense, whether they have to use it for self-defense or not,” Brown said.

There’s another reason, Seibert said. “Women are finding that shooting is a great release of tension – it’s fun.

“It’s a sport that they can be just as competitive in as men can be, quite honestly,” she said.

Seibert said her range’s chapter of the national women’s shooting group, “The Well-Armed Woman,” has over 70 members.

“Forty-five to 50 percent of our shooters here at the club are women,” Grier said. “Many of them come out alone,” without their husband or boyfriend.

One aspect of firearm sales to women that’s met with mixed results, however, is the addition of pink grips.

The National Shooting Sports Foundation survey found that “whether a gun featured ‘feminine colors’ as only 9.4 percent of the decision criteria,” and the most emphasis was given to which model best fit the woman’s hand and body.

“For the most part, women are the most discerning shoppers,” said Grier, “and just slapping … a pink grip on it is not what most women are looking for. It’s almost an insult.”

Why people buy guns: Majority of owners say self-defense key reason
Got a medical marijuana card? You can’t own a gun
New gun club aims to bring peace of mind to Prescott
Survey: Gun ownership declining
What every new gun owner should know