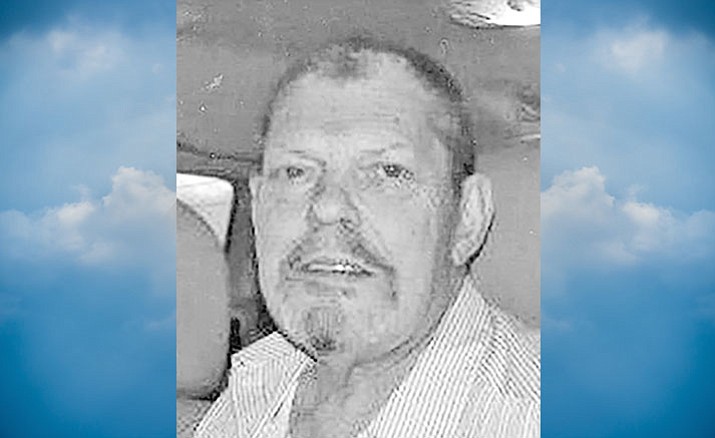 Danny Lee Jones, formerly from Ypsilanti, Michigan passed away on Oct. 20, 2016. He was 74 years young. He was born on Feb. 22, 1942 in Perry County “Blue Diamond” Kentucky to William Howard Jones and Allie Francis (Walters) Jones. He moved to Ypsilanti, Michigan when he was 4 years old. His first job was at 11 years old as a paperboy. He then set pins at a local bowling alley. Throughout High School he worked at Allisons Clothing Store as a sales clerk and stocker. He was always a sharp dressed man in High School. From 1958-1960 he worked part time at the Clark Station on Cross St. across from the High School. In 1960 he began working at General Motors Fisher Body. In 1964 he leased a Clark Super 100 Gas Station at the point of Grove and Prospect. In 1966 he began working for Whittaker and Gooding, driving a gravel truck. Thus began his love of truck driving. In 1968 he went back to G.M. at Hydramatic. He worked there until 1973 when he hired in to Ford Motor Co. as a semi truck driver. There he stayed until his retirement in 1999. He then moved to Chino Valley, Arizona to be with his girls.

He was preceded in death by his parents, one infant daughter Pammy, and one great niece, Melissa. He is survived by three daughters, Jenifer, Wendy, and Susan, one son Dan, all residing in Arizona, one sister Peggy Busby of Ypsilanti, Michigan, Joanne the mother of his three daughters and in his own words” the love of his life”, Eight grandchildren, 11 great grandchildren, one niece, three great nieces and numerous cousins. Dad was a wonderful father and papa. Every grandchild had a special nickname. He was hardworking, he was stubborn and set in his ways, he was loving and he was loved. We are proudly just like him. His passing was peaceful and he was surrounded by love.

Our heartfelt Thanks to The Marley House of Prescott, Arizona for the loving attention they gave our Daddy.

Chino Valley Funeral Home helped us with the arrangements. At his request services were private in Prescott, Arizona. Peace and Love Daddy.