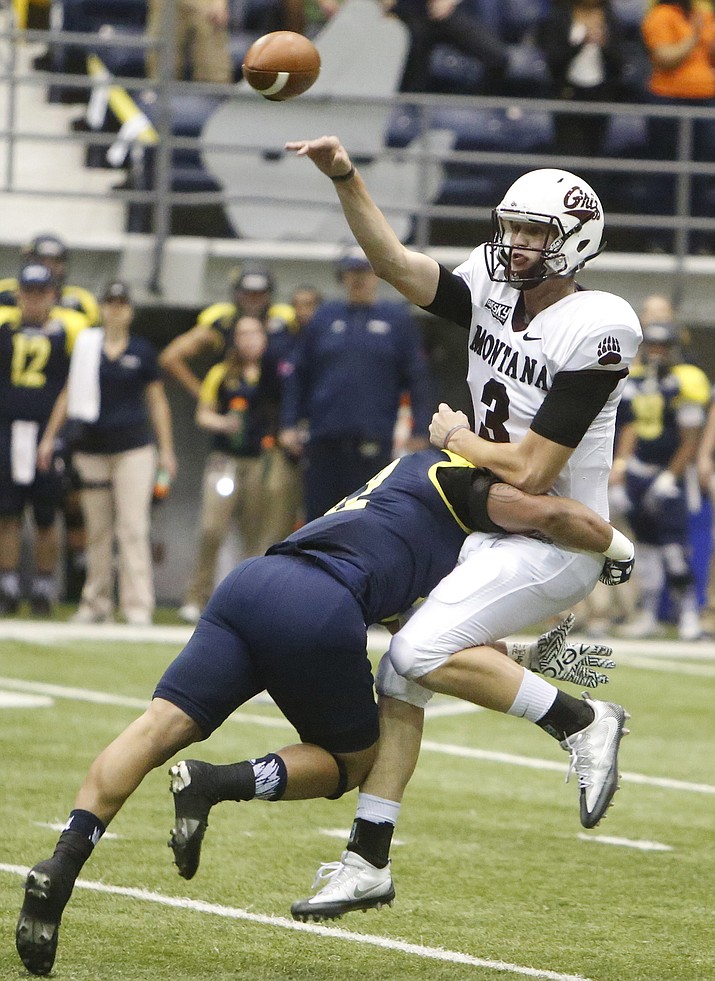 University of Montana quarterback Brady Gustafson (3) releases the ball as he is brought down by a Northern Arizona defender during an NCAA college football game at the Walkup Skydome in Flagstaff, Ariz. Saturday, Oct. 22, 2016.

FLAGSTAFF, Ariz. (AP) — Blake Kemp threw touchdown passes to four different receivers in the first half and Corbin Jountti ran for two in the second and Northern Arizona defeated Montana 45-34 on Saturday night.

Kemp, who was 11 of 19 for 200 yards in the first half, connected with William Morehand for 74 yards and Delshawn McClellon for 10 on the first two possessions for the Lumberjacks (4-4, 3-2 Big Sky). In the second it was Kendyl Taylor for 19 yards and Jake Thomas for 3 as the Lumberjacks opened a 28-20 lead.

Brady Gustafson, who was 34 of 59 for 394 yards, had two of his four touchdown passes in the fourth quarter for the Grizzlies (5-2, 2-2). James Homan and Justin Calhoun combined for 17 catches and each had 133 yards and a touchdown.

Joe Logan ran for 114 yards for Northern Arizona and Morehand had five receptions for a career-high 125.