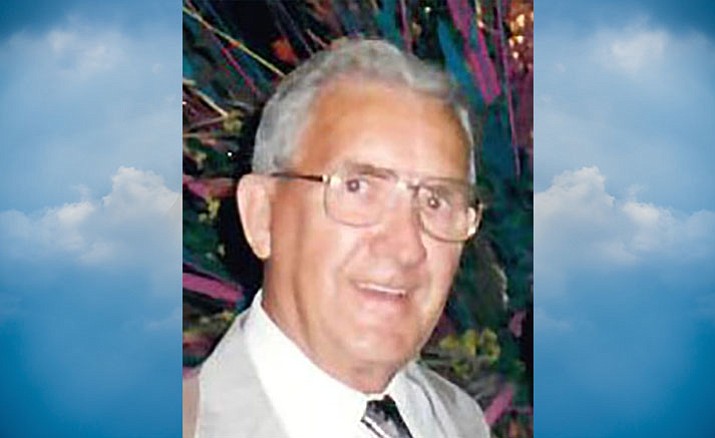 Gordon Milton died peacefully at his home in Prescott, Arizona, on Wednesday, Oct. 12, 2016, after a very brief illness.

Gordon was born on Nov. 5, 1922, in Bristol, England, to John and Catherine Milton. He was the oldest of three children. He had a younger brother, Reginald and a younger sister, Margaret. His family persevered through extremely hard times on very little money and Gordon left school at the age of 12 and went to work to help the family, eventually becoming a lorry driver. He joined the British Army in 1942 and was honorably discharged in 1953. He married his first wife, Dulcie, in 1941 and they had two children, Colin and Kathleen.

Gordon relocated his young family to the United States in 1955 and settled in New Jersey. He continued his career as a truck driver, eventually retiring from Kitchell Trucking Company in 1977.

Also in 1977 he married his wonderful wife, Bernice, and became mentor and father to her five children. Gordon and Bernice relocated to Florida in 1977 and began another adventure. They started their own window film business in 1980 and worked side by side until retiring again in 1998 and relocating to Prescott, Arizona.

Those who knew Gordon considered him to be a true Englishman – a gentleman through and through with a sharp mind and the ability to fix anything, build anything, decipher anything and he was always, always working on a new project. He loved spending time with his family and his wonderful neighbors.

No services are planned per his request. The family is hosting an open house on Saturday, Oct. 29, 2016, from 1 to 4 p.m. Friends and family are invited to come by to celebrate a wonderful man and a life well lived. In lieu of flowers, donations are requested to the Salvation Army, 237 S. Montezuma St., Prescott, AZ 86303, Yavapai Humane Society, 1625 Sundog Ranch Road, Prescott, AZ 86301, or Compassus Hospice Care, 3033 Windsong Drive, Suite 205, Prescott Valley, AZ 86314.