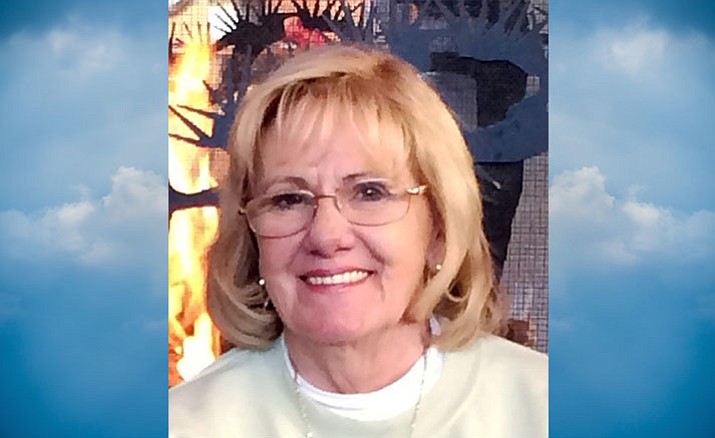 Linda Carol Williams, age 74, passed away peacefully September 28, 2016. She was born May 19, 1942 in Lubbock, Texas to Orville and Lenora (Shaffer) Stewart and grew up in a time where kids ran free and just had to be home before dark. She married and became a mother at a young age. In 1966, she moved to Phoenix, Arizona which she thought was beautiful with its palm trees and mountains. In 1967 she became a mother again and not long after, became a single mother. She worked in the medical and realty professions for many years, using her considerable organizational and business skills. In 1977 she married John Williams and they bought a house in Phoenix. With love and hard work, they turned it into their home. After John’s death in 1994, Linda worked for the Phoenix Convention and Visitor’s Bureau where she was able to use her natural people skills along with her knowledge of the city and state she loved. In late 1994 Linda met her long-time companion, Jack Horton. They married in 2004 and in 2006 they moved to Prescott.

Linda enjoyed volunteering at the Prescott Chamber of Commerce, hiking and exercising, meeting friends for lunch, visiting her grandchildren, traveling, trying to win at spider solitaire and solving cryptograms. She was famous for her wonderful holiday meals and hospitality. Linda is survived by her husband Jack Horton; son Rex (Shannon) Bell; daughter Paige (Kyle) Rutherford; and stepson Zach (Debbie)

Horton; grandchildren Josh (Laura) Bell; Sean, Summer and April Rutherford; and Audrey Horton; sister Vicki (Henry) Day; nephews Clay and Ty Cranford; and niece Shelli Dea. There will be a memorial service Friday, October 21, 2016 at 4:00 p.m. at the Lakeview Pavilion at Goldwater Lake in Prescott, Arizona. There will also be a celebration of her life Saturday, October 22, 2016 at 1:00 p.m. at a private residence in Chandler, Arizona. E-mail joshmbell2@gmail.com for details. In lieu of flowers, memorial gifts may be made to The Evangelical Lutheran Good Samaritan Society Prescott Hospice.