In the Pink: Clinical trials are key to progress in seeking life-saving treatments for breast cancer 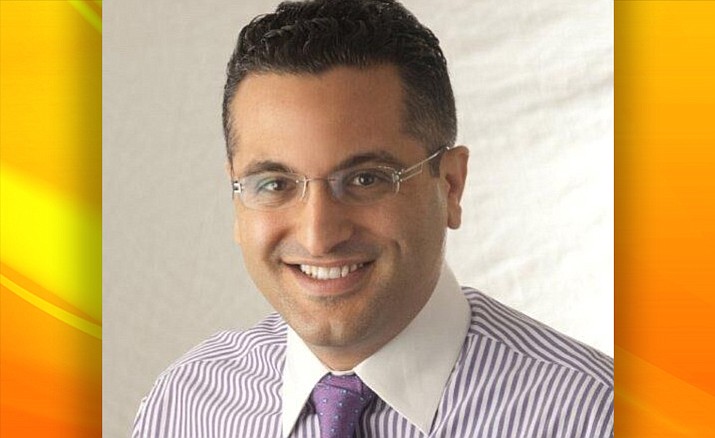 Arizona Oncology Dr. Iyad Hamarneh in Prescott Valley has seen great strides made in the treatment of breast cancer over the last 15 years, and he expects even more will be made in the next five to 10 years.

Much of that progress is thanks to patients willing to be enrolled in various clinical trials that test the effectiveness of newly developed drugs intended to better target breast cancers, even the most aggressive that have proved resistant to more traditional treatment protocols.

His practice has just closed enrollment for a Stage 3 immunotherapy clinical trial for a handful of patients.

“Every single modern cancer treatment we use, and that has worked over the last 15 years, started with a clinical trial,” Hamarneh said, explaining that there are several phase of these trials that begin with observations of a drug just tested on animals and expand into drugs on the waiting list for federal approval.

Once the trials have gone through all the various stages of testing on animals and humans, and data is collected on their effectiveness for various groups of patients, be it a drug for those with just diagnosed breast cancers or those with more advanced and aggressive stages, the trial information is evaluated by the FDA for approval.

The beauty of the drug trials, especially in the latter stages, is that these drugs are known to work well for a large group of patients and can be dispensed without the two-to-three year wait for official FDA approval, Hamarneh said. The trials are also more cost efficient as patients are often able to get these drugs for minimal out-of-pocket expense.

“Clinical trials are so important to the development of modern medicine,” Hamarneh said, noting the rapid production of new medications that without trials might take years to reach worthy patients.

The Susan G. Komen Foundation shares Hamarneh’s view that clinical trials are critical to finding a cure, or at least finding life-extending treatments for a disease that impacts about one in eight women during their lifetime.

The biggest breast cancer risk factor is gender and age. About 85 percent of women diagnosed with breast cancer have no family history, according to national health experts.

This year, there were more than 2.8 million American women with a history of breast cancer, including those in treatment and those who have finished treatment, according to national statistics.

“If you have breast cancer, we encourage you to join a clinical trial,” the foundation suggests. “Learning a new therapy is better than the standard treatment can also help others. And, as new therapies are developed, they can open doors to other drugs and procedures that may be even more effective.”

Hamarneh was clear that his practice is always searching for clinical trials to benefit patients, but they do not delay standard care to wait for admission into a trial. Every patient is still an individual, and treatment will be devised to meet their specific needs, he assured.

A single cure for breast cancer has yet to be found, but Hamarneh said as the medical profession comes to better understand cancer on a molecular level – cancer is not just a single entity, but hundreds – the closer they get to making this a far less frightening illness.

“We haven’t solved the mystery yet, but we have a lot more clues now,” Hamarneh said. “And as we advance the standard of care, and continue to do clinical trials, we’re approaching that goal.”

Clinical trials bring doctors ‘within striking distance’ of a cure
Genetic testing a means to enlighten patients for screening and treatment decisions
History of breast cancer and treatment
Choose healthy weapons against cancer
What about breast cancer in men?
Event Calendar