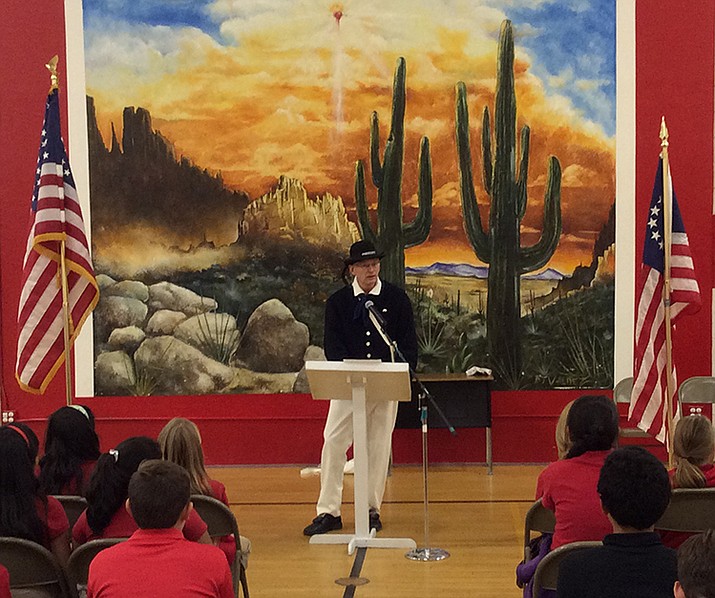 At the Sacred Heart Catholic School in Prescott, The Arizona Society of the Sons of the American Revolution Prescott Chapter Vice-President Wayne Hood talks with some 150 students about issues related to the founding of this nation.

The program for more than 600 students that included two Phoenix Valley schools covered information about the Declaration of Independence, the Battle of Yorktown, the 1783 Treaty of Paris, Shays Rebellion, the Annapolis Convention, the

Constitutional Convention, the Federalist Papers, as well as the United States Constitution, said Sons of the American Revolution Prescott chapter Chancellor and Treasurer Steve Monez. Monez also serves as the vice-president of the state society.

At Sacred Heart School, the program included other topics related to the Revolution, including the start in Lexington and Concord, the Articles of Confederation, as well as Washington’s farewell address.

Part of the program also included teachers holding seminars in their classrooms to talk about the significance of these organizations that are devoted to sharing America’s legacy.

Students in all the schools were given pocket Constitutions that include copies of the Declaration of Independence and the Bill of Rights.